We had a really pleasant evening at anchor in between Isla Chapera and Isla Mogo Mogo a couple of nights ago. When we arrived at the anchorage, there were only two other boats there. We dropped anchor in 5 metres of water and went off to the nearby deserted and pristine beach. The water here was almost clear enough to see the anchor chain on the seabed, so it felt as though we were in a really special place.

In the late afternoon, a few more WARC fleet boats arrived to join us and we invited the crew of TinTin over for drinks. 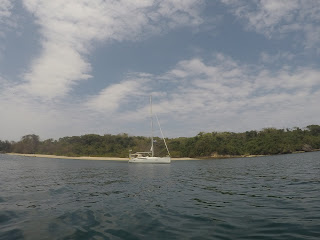 Yesterday morning, we got in the dinghy and motored across the channel to Isla Mogo Mogo and landed on the beach which was covered in shells. 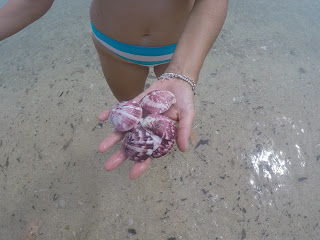 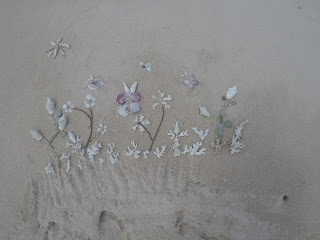 Debra and I walked barefoot across the island to a totally deserted beach where the opportunity to go skinny dipping was too great to ignore, so off came the swimwear! Well for me at least! The island has been used for the Survivor series and we saw some of the structures that appear on the show. 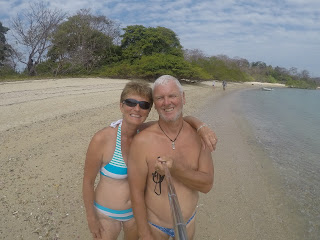 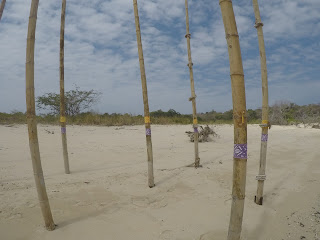 We had to motor up to Contadora that afternoon in time for the WARC rendezvous last night. The calm waters were full of Rays, tens of them, a real treat. 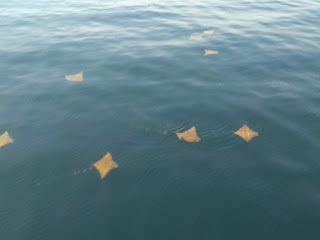 So last night we attended a barbecue on the beach followed by a prize giving ceremony for the winners of the leg from Santa Marta to the San Blas islands. Surprisingly, "Team Tumi" managed second place in this leg of the race, sandwiched in between a 54' and a 57' boat. We were thrilled and are now the proud owners of a set of Panama drinks coasters to mark the occasion. 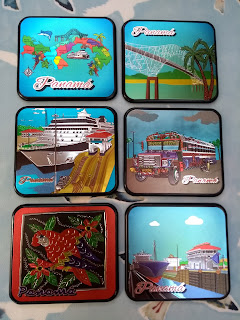 We have a skippers' briefing this afternoon to prepare us for the next leg of the race. Looking at the weather forecast, there is going to be next to no wind to push us down to the Galapagos Islands, so we and the other boats will be motoring a good portion of the way. We will be flying the Parasailor as much as possible to try to get some miles under our belts but we are not holding our breath ... perhaps we should be blowing hard instead to get some additional oomph!