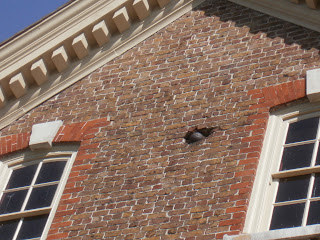 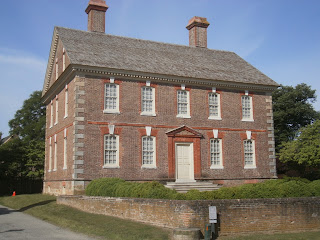 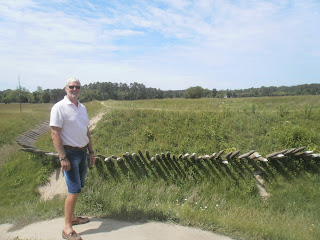 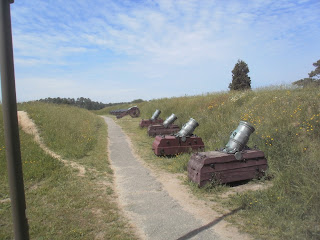 The Gulf Stream is one of the world’s natural wonders. It’s a 40 mile wide stream of water that runs northwards from Florida to the Chesapeake Bay, and then heads out across the Atlantic towards Britain. The stream has scoured the east coast of the US into an almost straight line and is one of the main warm water conveyor belt systems in the oceans that keeps the UK as temperate as we know it while the rest of Europe suffers from much colder weather.

Imagine being in this body of water that effortlessly pushes you along at anything between one and five knots depending on where you are in the stream itself. Then add to that whatever speed you can achieve yourself given the prevailing weather conditions and you can achieve some pretty amazing speeds over ground. We managed in excess of 13.5 knots at times and we achieved over 200 nautical miles in a 24 hour stretch which is a record for Tumi.

There is a down side to this natural wonder – if the wind is in the wrong direction (anything from the North) then you get a conflict between the elements, commonly known as wind over tide. This kicks up some rough water and the sea state becomes very confused, with short steep ugly waves that pound the boat every few seconds as each new wave hits the bow. It makes for some pretty uncomfortable sailing. Add to that the speed of the water running against the wind and the higher the speeds, the higher the seas. You get the picture. Well, we have just come through two days of northerly winds. QED. On the third day, the weather forecasters promised us easterly winds blowing at between 10 and 15 knots. Perfect for our trip. Wrong! We had 30 to 45 knots of easterly winds that confused the seas even more and we were tossed around for another 24 hours, making good speeds, but not smoothly in a way that encouraged any sleep in between watches as the waves relentlessly attacked the boat.

Then we needed to round the notorious Cape Hatteras, the graveyard of many a brave ship. Actually, the Cape was a complete pussycat and we rounded the shoals without incident, although shortly afterwards, I had my first radio exchange with a US Navy Warship ( number 75) who hailed us to ask that we pass port to port. No problem, the rules of the road say that is what is expected of us, and I was happy to oblige. Always glad to help the armed forces.

On to the matter of the aliens. Many people know that Debra is frightened of the dark and if she sees strange lights at night she wonders if it could be aliens!  Well, we can’t explain what we both saw yesterday. It was going dark, but still twilight and there was a full moon to light the evening. Up in the sky not too far in front of us some orange lights appeared in a line 4 across. They were not moving, but stationary. Then they disappeared to reappear in another part of the sky, still hovering up there, then they disappeared for a while and came back a few minutes later. This continued for a while, then the aliens got fed up and went away. We were perplexed to say the least and Debra probably didn’t let on that seeing what we had both seen independently, the thought of being whisked away stopped her from sleeping.  The aliens came back again tonight, but only briefly. If Tumi should arrive at a harbour looking like the Marie Celeste, you know we have been abducted and are now living on the planet Zyg.

We’re enjoying Norfolk very much.  The private marina we’re based in is in the centre of the old part of the city, an area of tree-lined, cobbled streets and big houses, most of which have a history dating back to Civil War days.  It really is very attractive.  Couple that with a modern “downtown” then there is a lot to see and do.

USS Wisconsin is moored within a mile and is open as a museum so we took ourselves along there to have a good look around.  She was built in 1941 as a battleship and has seen action in WWII, Korea and Desert Storm and is vast: 887 feet long; 108 feet wide (to fit through the Panama Canal which is 110 ft wide); weights 58000 tons fully laden and has a draft of 37 feet.  In the days of WWII, 2800 crew were on board in very cramped condition ... it makes the accommodation on Tumi see positively luxurious.  It was fascinating to get an insight into what was effectively a city at see with doctor, dentist, chapel, lawyer, PR department etc etc.  It wouldn’t have been a life for me though. 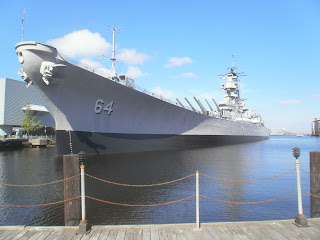 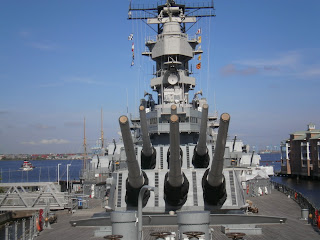 Yesterday we took the ferry across the Elizabeth River to the neighbouring city of Portsmouth. This had a very different feel to it and whilst we had a look around we didn’t spend much time there and returned to Norfolk.

Whilst it’s not as warm as the Bahamas/ Florida etc at night time the day time temperatures are still well into the 80s so very pleasant.  Today we’re off to visit the Chrysler Museum and Fort Norfolk and will then probably have seen all the sights Norfolk has to offer.  We’ve saved a “treat” for tomorrow: We’re going to the movies, the first time in over 9 months!
Newer Posts Older Posts Home
Subscribe to: Posts (Atom)