3 February 2019: Day one of our Panama Canal transit

So the big day dawned, the Panama Canal transit! It's a two day process for us with an overnight stop in Gatun Lake. So at 2pm yesterday we left the marina to await our transit advisor. Twelve boats from the WARC fleet are on this transit, each with their own advisor. After receiving our chap we motored over towards the first (of three) locks at Colon, collectively known as the Gatun Locks. We had to circle for over an hour to accommodate a slow vessel already in one of the locks, and then we rafted up with two other boats, us on the port side, and entered. Lines with monkey fist knots in the end were thrown down to the deck and attached to the very long lines we had on board before being hauled back ashore and put around a bollard.

The hard work began for Paul and Dan taking up the slack on the lines as the waters rose from beneath us. I was on the helm helping to keep the raft of three boats square in the lock so no-one hit the walls. Within minutes we had risen over thirty feet as millions of gallons of water flooded in and the gates opened into the second lock and we motored into it and repeated the whole process. And then the same for the third lock before we exited into Gatun Lake, dropped off our advisor and rafted up alongside another boat for the night. 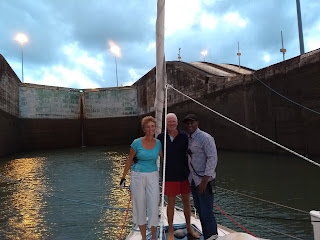 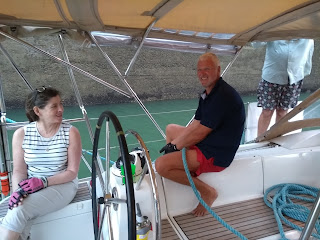 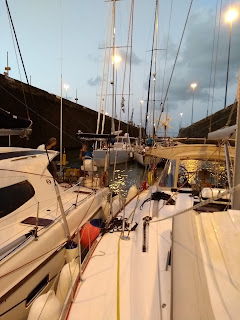 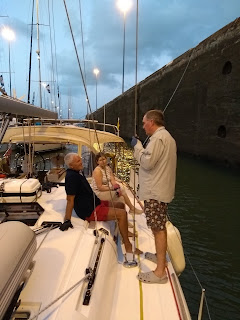 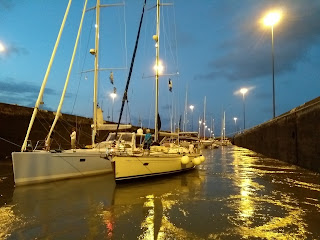 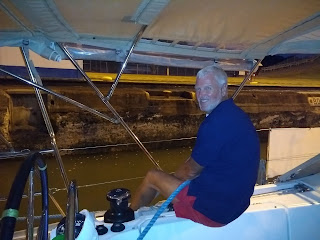 The whole experience was incredible, exhilarating and exciting, and a very slick and efficient process. Well apart from the millions of gallons of water that floods out into the ocean on every transit. It's amazing that Gatun Lake still has any water left in it!