There was a big celebration party last night in honour of the arrival of the twelve boats to Panama City in the Gulf of Panama, a gulf in the Pacific. Champagne, wine, beers, great fun.

Today we participated in a city cultural tour, learning a lot about Panamanian history starting from the early days of Spanish occupation and the arrival of Captain Morgan and his band of pirates who burnt down the original Panama City four centuries ago. In those pre-canal days the travellers used an ancient cobbled route called Camino de Cruces, and when Captain Morgan traversed it the message got through before his arrival and much of the gold he was after had been shipped back to Peru. In fact the story goes that one church in Panama City old town with a golden altar painted it in tar to protect it from the invaders but that the priest then had the audacity to ask for a donation from Captain Morgan for the upkeep of his church and he got it! 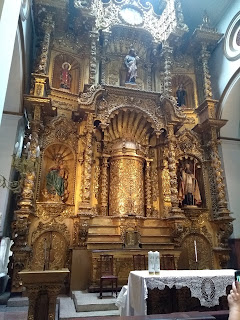 Panama City is growing quickly and is a major financial centre for Central America. There are safe places and those we have been advised to avoid, but the old town and the offshore islands where we are based is lovely. For much of the 20th century the US occupied and operated the canal and the land bordering it, having completed its construction in 1914. In 1975 riots developed out of a peaceful protest by students resulting in 21 deaths, over 500 injuries and the return of the canal zone to Panama. Today the buildings constructed under American occupation have been preserved and reused as government and other buildings. Street art and a memorial commemorate the lives lost. 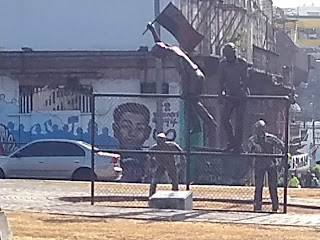 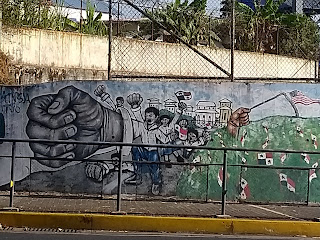 In the early nineties the highest building was only four stories high. Less than twenty years later 100-storey buildings line the skyline in downtown Panama City, but within a very short distance people are still living in poverty. 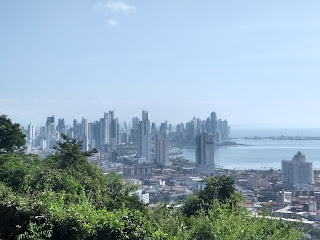 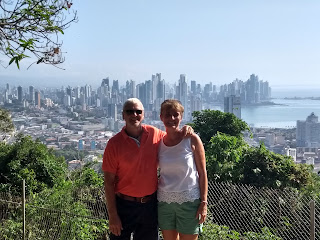 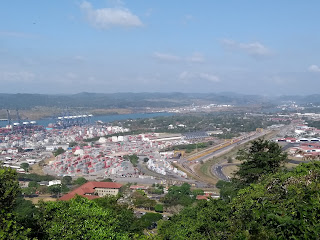