We had a great sail down to Colon arriving at midday, exactly on time! After refuelling we proceeded around to our berth only to be greeted by two OCC boats we've met in the past. A sociable couple of hours ensued before we returned to Tumi to wash off the salt and generally give her a good clean.

Our friends and crew for the next few weeks, Dan and Jackie, arrived on Friday afternoon and got settled on board. We also had our official Panama Canal inspection and measurement and passed with flying colours. The skippers briefing later that afternoon outlined the procedure for transiting the canal, handling the lines, rafting alongside the other boats, maintaining adequate speed etc etc. A lot to take in but there's a lot of support so we'll be okay. We will have an official canal advisor on board for the transit and he will instruct us on what to do and when, in return for a hot meal and drinks!

Today saw us heading off inland into the Panamanian jungle to visit an Embero Indian village in a national park. The Embero Indians are one of the native tribes that still have special status in Panama and co-exist with the modern world. After being dropped off on the riverbank we climbed into dug-out canoes for a 45 minute ride up river, crewed by two Indians clad only in loin cloths, beads and tattoos! Despite getting soaked as we sped along, running aground and having to swap boats mid-river, it was an exciting and scenic trip. 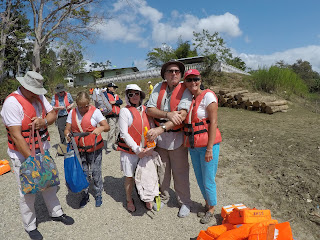 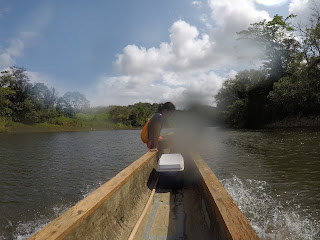 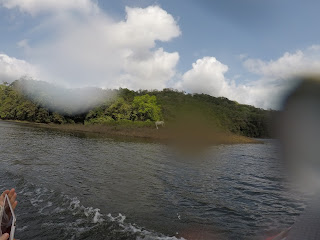 The village was primitive but we were greeted by the chief and entertained with dancing and chanting. The village comprises 125 people ranging in age from 2 months to 87 years, all living and working together. The women weave intricate and beautiful baskets while the men carve elaborate figures from local wood. After dining on a lunch of river Tilapia and fried plaintain, we toured the village before climbing back into our canoes for the return journey. 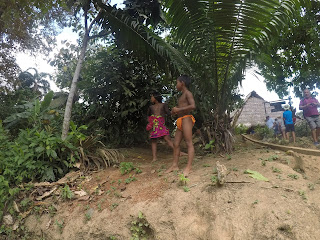 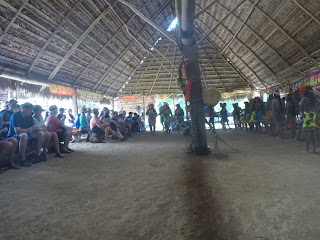 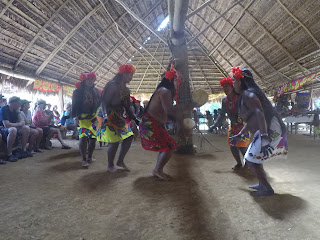 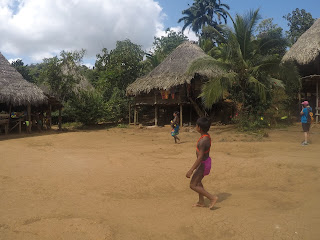 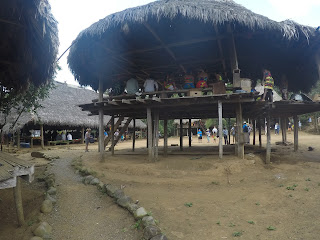 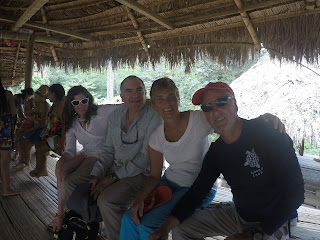 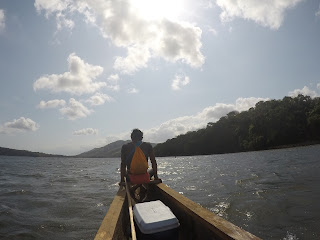 Tomorrow is day one of our transit .We have to be ready by midday when we will be assigned our transit time. We will be the outer portside boat in a raft of three boats and will climb up through a series of three locks to Gaton Lake where we will anchor overnight amidst the crocodiles! Day two will see us motoring around 20 miles to reach the Miraflores locks where we will descend to the Pacific at Panama City.