Sadly Paul has developed an acute middle ear infection and is in quite a lot of pain so decided to stay on board today and not join the rest of us touring the north and east of the island. We kicked off at Pointe Venus, the place where Captain Cook took one of the three measurements used when the Venus passed in front of the sun to try to determine the distance the earth is from the sun back in 1769. There is also a lighthouse here dating from 1867. 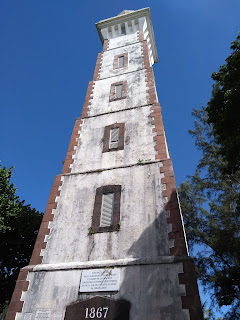 It's a popular spot with locals being on a black sand promontory and today was no exception being a national holiday. It's also a base for local outrigger canoe racing, the single hulls being for fishing and local transport, whereas the double hulls were used for inter-island transport and war! 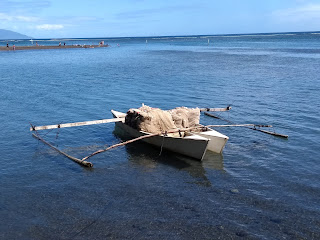 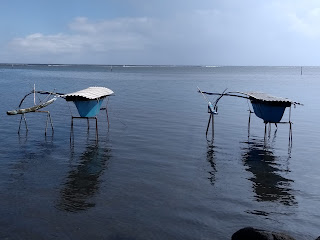 After stopping off at the Arahoho blowhole we continued to the 300 feet high Faarumai waterfalls. A breathtaking cascade of water tumbling down the cliff face. It's over 300 feet tall and is the tallest in Tahiti and seemed very tall but in reality is only a tenth of the height of the tallest waterfall in the world. 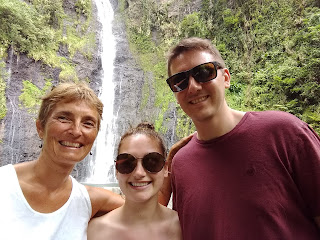 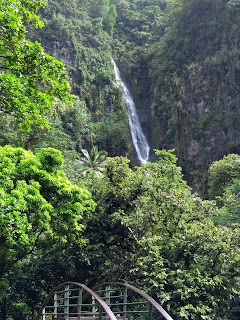 We're keeping our fingers crossed that we can leave on Friday. We're ready for some white sand beaches again!