What a contrast and shock this place is after two months of sailing around some of the most remote and beautiful islands in the world. Where do we start? Papeete: noisy, busy, scruffy, no attractive architecture. Whoa. On the upside the first place since Panama City to be able to get good provisions (at a price!), boat repairs done and even go to the movies if we want to, albeit in French! It's also lovely to catch up with the rest of the fleet.

We've hired a car for a couple of days to tour the island and explored the south and west coasts yesterday. There is basically one round circling the island alongside the ocean with sheer mountain faces rising up to great heights within a mile or so of the coast. Lush and impenetrable, shrouded in mist and cloud, they dominate the landscape.

As with the rest of French Polynesia, the traditional marae (ceremonial sites) and tikis play a big part in Tahitian heritage. We kicked off our tour with a visit to the museum where a number of ancient artefacts are on display. 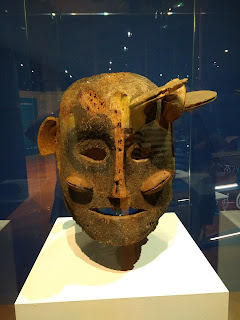 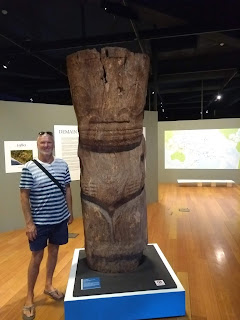 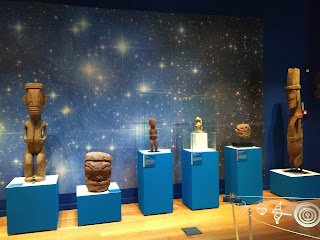 Our next stop was an ancient marae (ceremonial site) complete with tikis, altars and platforms, all set in a tropical valley at the base of the mountains. The place dated from the 14th century and was very atmospheric. 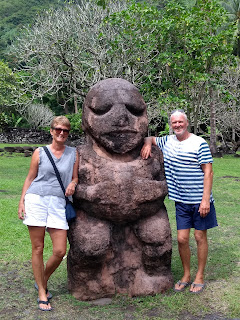 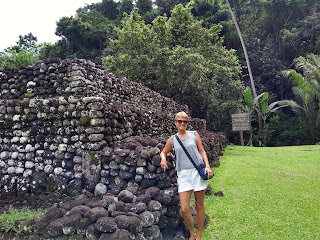 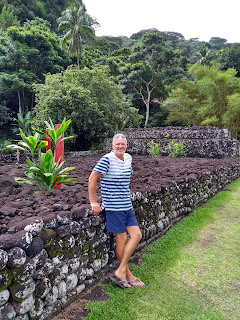 We continued along the coast passing the grottoes at Mara'a, lush gardens, overhung caverns and crystal clear pools and ferny grottoes.

After a delicious lunch at a beachside restaurant we headed up into the hills on Tahiti Iti, passing through green fields and some very un-Tahitian- looking herds of cows to a covered lookout. Sadly we were up in the mist by then and the view wasn't as spectacular as it could have been. 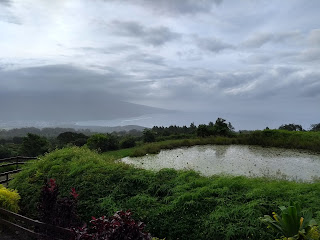 After a big shop in the Carrefour hypermarket we returned to Tumi some 8 hours later, tired after a great day out!