Last night was the finale for the Brisbane festival, culminating in a flypast by the Australian Air Force, first in a jet bomber, then by a fighter jet. The latter flew in low and fast, skimming the tops of the bridges, passing over the city twice, moving in different directions. 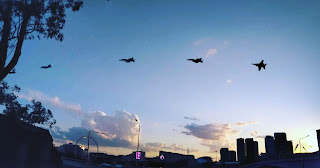 We managed to capture this jet several times in a second and put them together into a composite picture, looking as though a flight of aircraft was passing overhead. The pressure from the engines was immense, almost crushing our chests (or so it felt to us!).

Then came the fireworks. The display was launched from several barges that had been moored in the middle of the river, and from the roofs of several of the taller skyscraper buildings around the city. By sheer fluke, our hotel was ideally positioned to take advantage of three of the barges, plus our room on the eighteenth floor gave us a spectacular view.

The show went on for half an hour, and was absolutely amazing to watch. 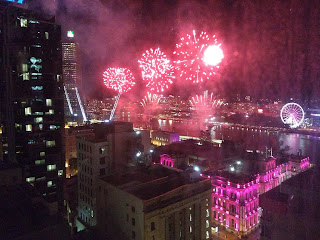 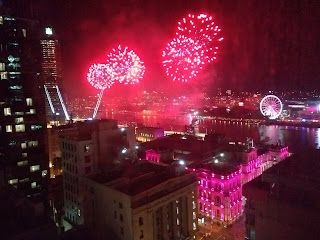 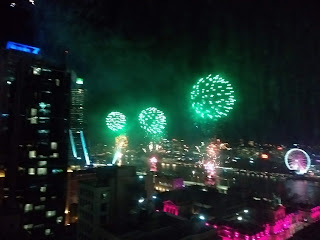 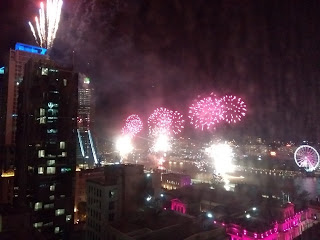 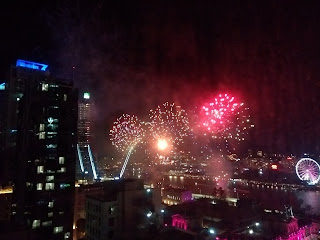 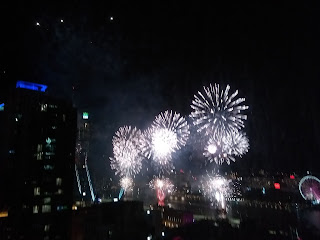 This morning, we woke to another cloudless day, and booked ourselves onto a river cruise. Yes, we have to keep going on boats, even in cities! Anyway, we got to see Brisbane from a different viewpoint, and having walked most of the downtown city, the river trip seemed to put it all into perspective for us.

So much of the city is focussed on the river, and while much of the industry has moved down river to the mouth of the Brisbane at Moreton Bay, myriad apartment blocks have sprung up on the once industrial land and old warehouses converted into luxury homes. Apparently these waterfront apartments sell in the millions of Australian dollars, demonstrating the wealth of the city. 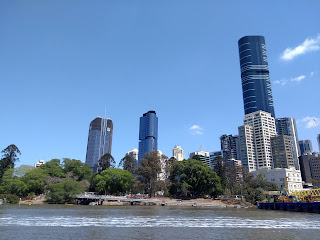 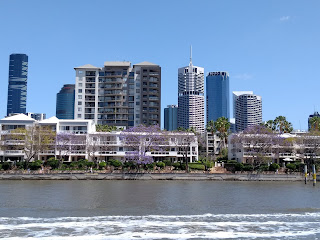 We even managed to find the Customs House that we had missed when we were exploring on foot, hailing from the days when the riverbank was lined with wharves and sailing ships, transporting wool, coal and other cargoes around the country and the world. 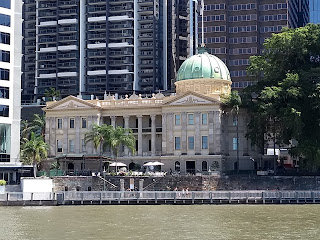 After the river trip, we walked back across the footbridge from the South Bank through the business district and had some lunch overlooking the passers-by, listening to the street performers. Then it was back up the hill to the bus station for our Greyhound bus home. All in all, it has been a very enjoyable weekend!