We decided to stay over the weekend in Mooloolaba in the end ... we'd not really seen the town itself and also we'd found out there was a genuine Aussie, National Rodeo Association, rodeo in an hinterland town about 70km away. We've never been to a rodeo before so it seemed too good an opportunity to miss. So yesterday morning we jumped in the car loaned to us by the local Jeanneau agent for the hour's drive up into the hills to the north-west of Mooloolaba.  The drive itself was very scenic, rolling hills, copses, pastureland and scattered farms, all much greener than down by the coast but still with a high risk of wild fires as everywhere is so dry.

Arriving in Kenilworth, a cute mountain town, we donned our hats (me my Panama, Paul his kangaroo cowboy) and off we went. We fitted right in: everyone was in cowboy boots, jeans with big buckles on their belts, check shirts and Stetsons. Great to see! 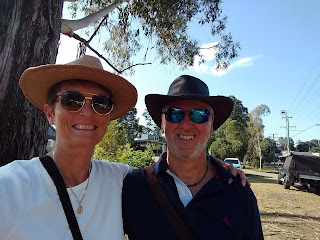 It turns out that 2019 is the centenary of the Kenilworth Rodeo and so the locals were out in their masses but it wasn't overcrowded at all. First stop was the woodchopping competition where men with big axes (and bellies to match) were competing in various challenges, all basically trying to chop through a log as quickly as possible. There's a time handicap and, amazingly, the chap with the 25 second handicap often won his class within 20 seconds of starting chopping. 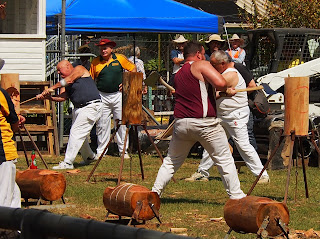 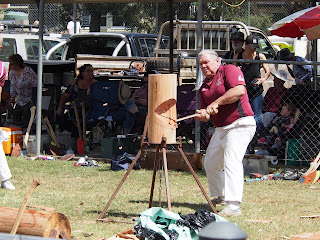 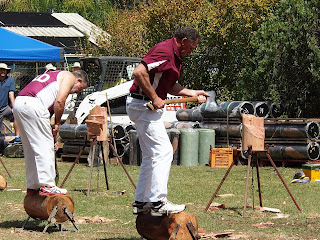 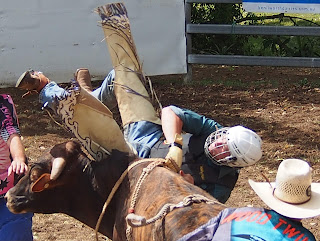 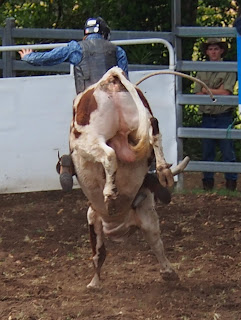 Next up was steer lassoing, sometimes individually and sometimes in pairs. The horses and riders definitely work as one, perfectly in time. I did feel a bit sorry for the poor steers, especially when the steer lasso and wrestle to the ground competition started. But they all survived to live another day. 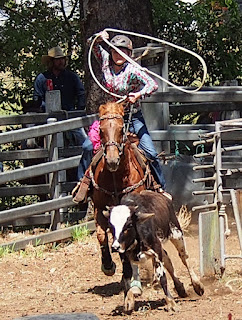 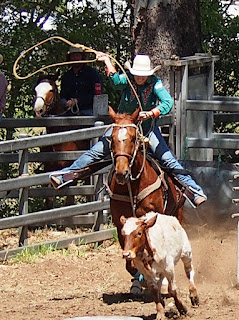 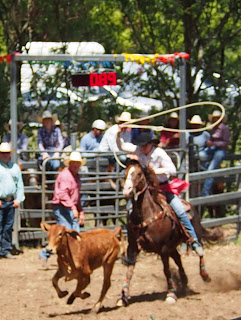 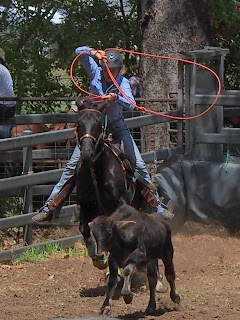 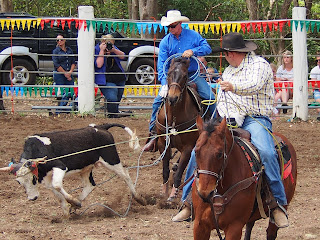 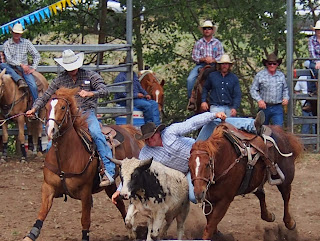 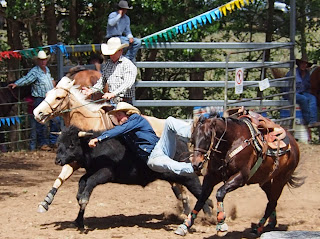 Probably the highlight was the bucking bronco competition. The Australian champion set the standard very high staying on the horse's back until the bell went and he then climbed onto the rear of one of the stewards' horses. As with the bulls, it seems to be the belt tied just in front of their tail and under their belly that causes them to buck. As soon as the belt was released, the horses started to calm down. 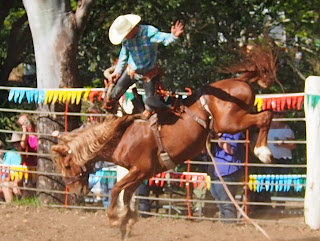 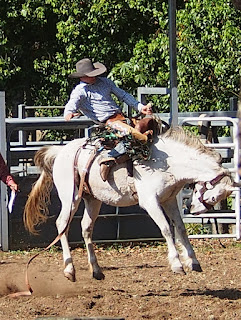 We strolled into the town centre for lunch and had a really nice meal at Nanna McGinns. Kenilworth is also famous for its 1kg doughnut challenge at the town bakery ... we decided to resist the temptation! 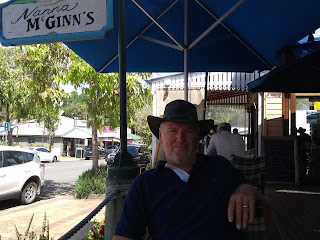 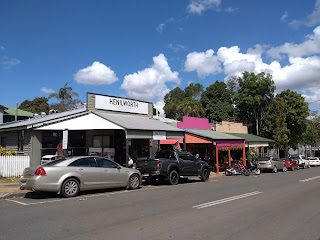 Back at the show we admired the classic car parade, recreating what happened at the inaugural show. It was interesting to see the different styles, far more open to the elements given the consistently sunny weather! 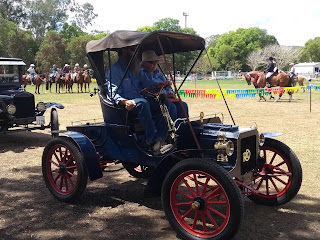 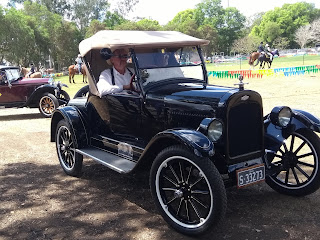 Returning to the rodeo arena we watched more of the competitions before heading back to the car in the late afternoon for the scenic drive back to the marina.