We've had a fabulous day today getting up close and personal with various creatures at Steve Irwin's 'Australia Zoo'. Now we're not usually zoo people, preferring to see animals in their natural habitat, but in the absence of seeing a dingo or koala in the last few days, needs must! So early this morning we paid our $59 each and within a few paces came face to face with the cutest koala! Holding it wasn't an option but we were welcome to stroke it as it munched on eucalyptus leaves. It's fur was so soft and thick. The koala was totally focussed on eating the leaves and, when it knocked the sprig of eucalyptus to the ground it had been eating and I bent to retrieve it, it had it whipped out of my hand in a flash. Apparently koalas have to eat a third of their body weight of eucalyptus a day and, because it is hard to digest, they spend over 18 hours a day snoozing. A hard life! They are seriously cute animals, tucking themselves into the forks of the trees. Adorable! 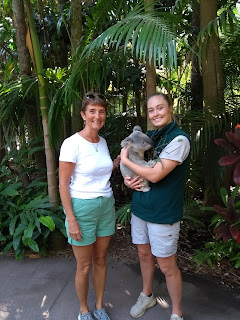 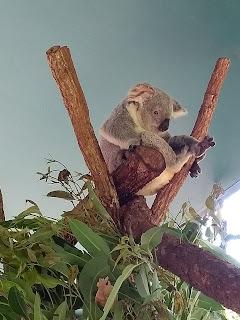 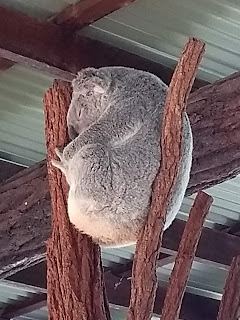 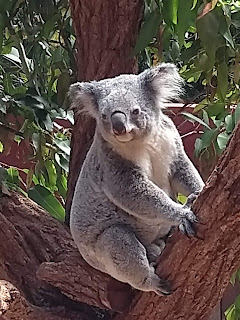 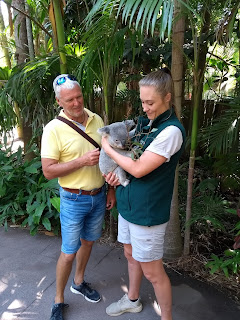 The zoo is spacious and the animals have large enclosures replicating their natural habitat. All of the animals are in first class condition, very well cared for. During our visit we saw a cassowary (a very large bird with huge feet!), dingos (remarkably like Cassie), wombats (shy and bigger than we expected) and interacted with kangaroos. Not to mention Tasmanian Devils, emus, saltwater crocodiles, reptiles, tropical birds and binturongs (also known as bearcats but not related to either!). 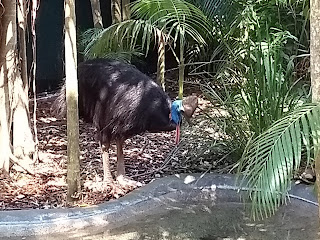 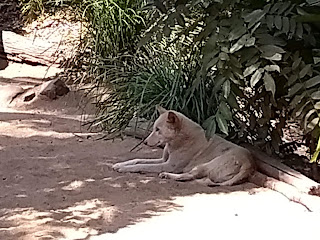 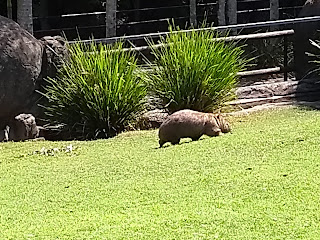 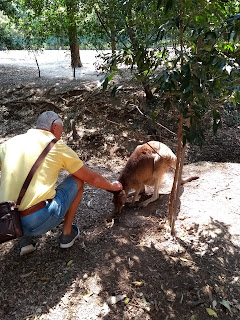 Wandering along to the Africa quarter, we were pleased to see a mini-Serengeti enclosure with giraffe, zebra and rhino living together in apparent harmony, including a young rhino. The male giraffe was so much taller than the females, almost a third as tall again . 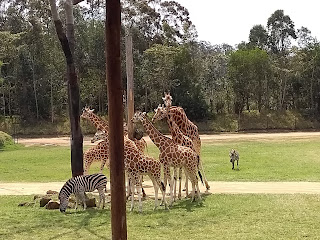 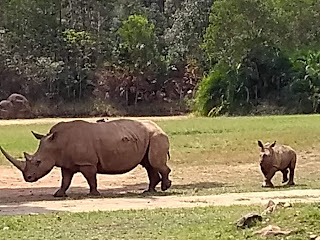 One of the highlights of the visit had to be the tiger enclosure. The zoo has 12 adult Sumatran tigers and one fifteen week old cub called Nelson, who was a serious contender for the cutest critter of the day alongside the koalas. The keepers interact with the tigers every day, building strong relationships as evidenced by the two young keepers in the enclosure with three adults. Rather then than me!! 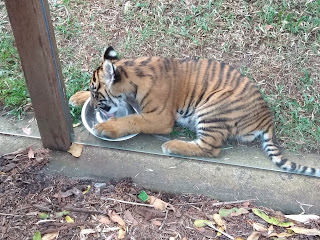 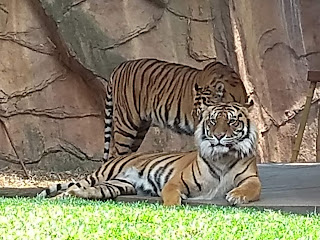 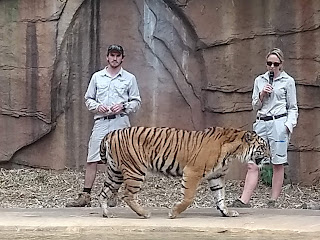 Mid-afternoon we headed up into the hills again with magnificent views over the Glasshouse Mountains. Such a lovely area! 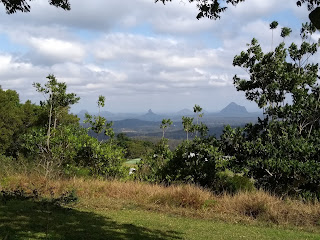 Another great day in Queensland.