We've hired a car this week to undertake a more thorough exploration of the beautiful countryside inland from the Sunshine Coast.

Monday morning dawned with clear blue skies and after a leisurely start we ventured up to Maleny and Gardeners Falls before heading over to a local state park with views out over the Glasshouse Mountains on the lookout for critters. One python (asleep under a rock next to the path) and several pademelons (small wallabies) later we headed deeper into the countryside along an unmade road into the Obi Obi Valley. Stunning, including the gradients of the roads! 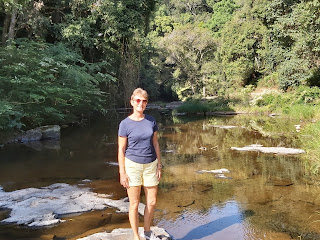 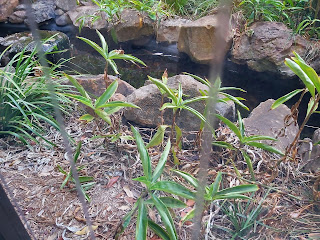 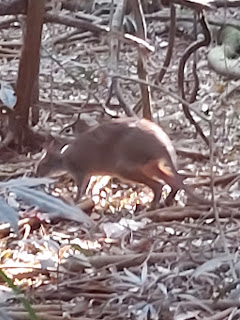 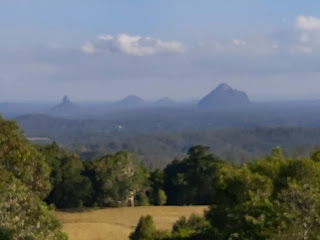 It's probably fair to say that that description Sunshine Coast has been a bit misleading since late Monday night when we had two or three hours of heavy rain, loud enough bouncing on Tumi's coach roof to wake us up! It's a good job it did as we needed to reposition the dinghy on its davits, tilting it to let the rain drain out ... Paul's  job just before midnight and he got drenched! Given over 100mm fell in a few hours, it was fortunate he braved the weather....

The weather system hadn't cleared through by Tuesday morning and we experienced a cool, cloudy, windy day with frequent downpours. A quick visit to the local botanic gardens was about all we managed between the showers but at least we weren't confined on board all day. The sculptures in their setting of native bushland were actually very attractive ... inspiration for our garden when we get home, ha ha! 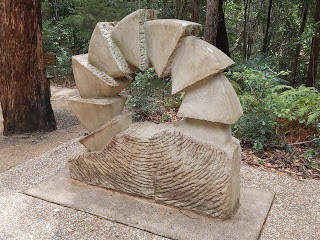 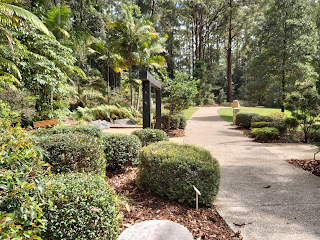 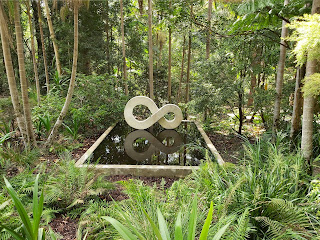 This morning dawned dry, not quite the warm temperatures and blue skies of the weekend but being the intrepid adventurers that we are we headed off into the mountains to see some waterfalls and do a bit of bushwalking. Our first stop, Kondalilla Falls near Montville were beautiful, set a few kilometers into the rainforest and with a flow given the recent rain but nothing like they must be in the wet season. Over eighty metres high, we descended through the forest to the base of the falls before climbing back out again! 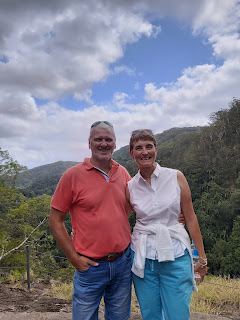 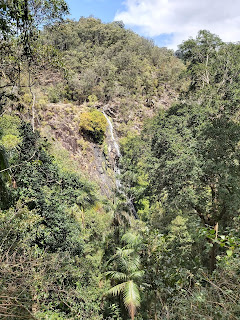 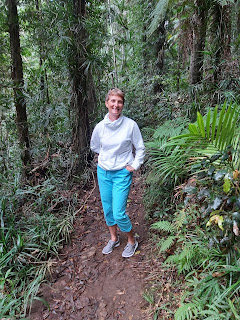 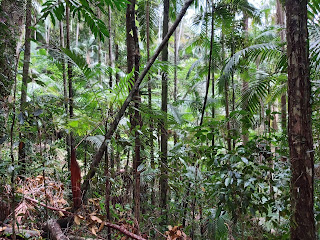 Our next stop was at the Mapleton Falls National Park where we enjoyed a short walk through the forest and the views of the Mary River Valley but had to suffice ourselves with only a view of the falls from a viewpoint. On the upside the clouds cleared and we returned to clear blue skies again!

And then we took the scenic route home! A great day in lovely countryside off the beaten track.