We've loved Sydney but aren't leaving Tumi there when we come home for Christmas and New Year and so have been looking at the weather forecast for heading back a short distance north and, with the exception of yesterday afternoon, the winds all week are from the north. Typical! So with a morning to spare we wandered back through the botanical gardens, past the Opera House into the Rocks area to pick up a painting we've bought. Our return route took us a little way into the central business district where, like Brisbane, heritage buildings vie with modern skyscrapers for the best address. 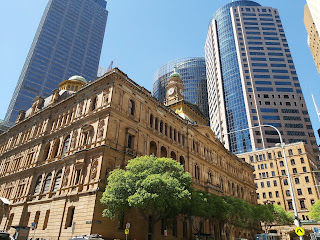 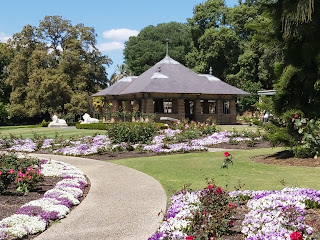 Returning to Tumi we enjoyed our last sail of the year, heading fifteen miles north of Sydney to Pittwater, a deep bay which forms part of the Hawkesbury River estuary. It was almost a perfect sail, enough wind to move us along at a reasonable speed but not too much, from the right angle, sun shining and a gentle swell. It was what sailors dream of! Throw in the whale activity and scenic coastline, then it was pretty much perfect and we both enjoyed the helming and sea air.

Pittwater is home to numerous boats, many on moorings but with a few marinas too. It's quite the sailing mecca being a protected stretch of water and significantly cheaper than Sydney Harbour itself. As we have found elsewhere in Australia, there aren't that many crusing yachts and last night was typical ... a beautiful bay with one or two other cruisers enjoying the tranquility. The bay, on the western flank of Pittwater, is surrounded by the Ku-ring-gai Chase national park with a number of hiking trails that we're off exploring this morning! 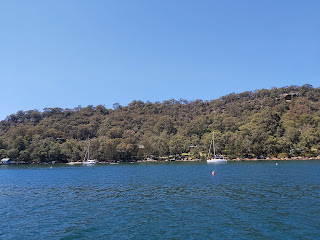 7.5km and two hours later we're making a lunchtime pitstop aboard before heading over to Palm Beach on the eastern, ocean bordering side of Pittwater. As part of our hike we visited an aboriginal site covered in etchings/petroglyphs depicting man, fish, wallabies and tools. The aboroginies didn't have a written language, communicating by dreams and pictures instead, and this site was an important hub back in their day and it still revered today. It's a bit hard to decipher from the photos but was impressive in person. 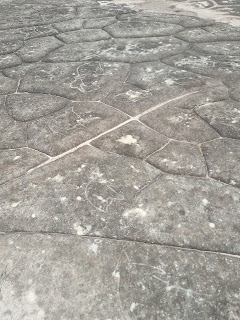 Zoom in to see wallabies in flight. And the next photo even has an explanation! 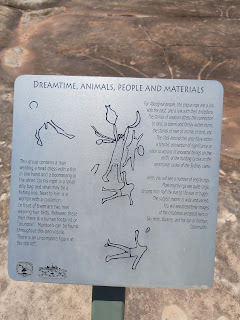 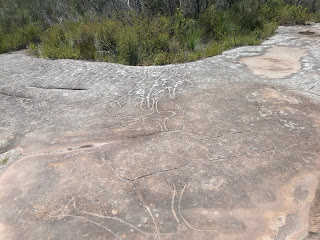 Besides the petroglyphs we were lucky enough to see a wallaby and goana enjoying the sunshine alongside the lake. All in all a very pleasant morning! 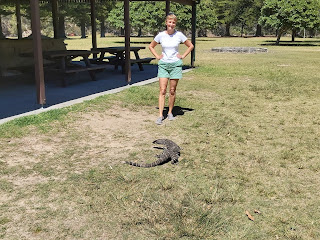 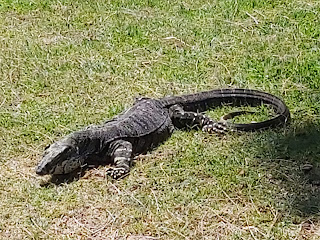 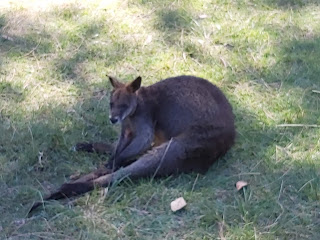