We had a rocky night in Coasters Retreat last night when the wind died and we were crossways to the swell ... it doesn't make for a good night's sleep! Anyway, before thinking about relocating, we wanted to head across to Palm Beach on the eastern coast of Pittwater and climb up to the lighthouse on Barrenjoey Head. And it was well worth the climb: the views over the Palm Beach peninsula with beaches on both sides of the spit were spectacular.  It turns out that the beaches are where the Home and Away Aussie soap is filmed, not that we would recognise it as we've never seen it! 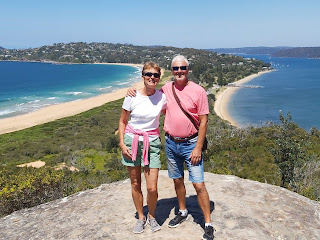 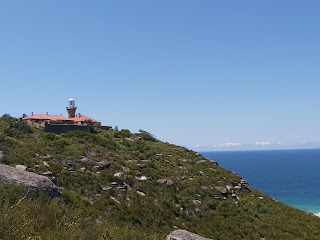 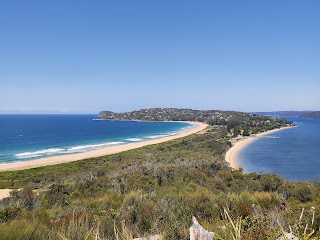 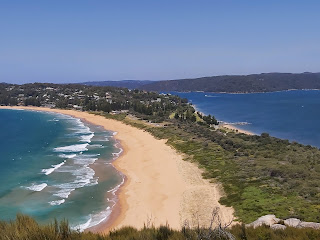 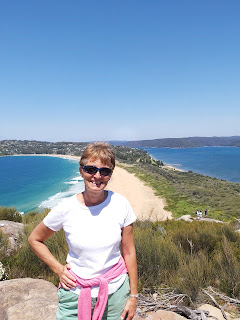 For tonight we're tucked up in a sheltered little bay called Towlers Lookout, part of the wider Morning Bay, and it is sheltered and lovely. I don't think we can get ashore here but we're happy to sit out in the cockpit in the sunshine and read for the rest of the afternoon, watching other boats come and go out of the corner of our eye! 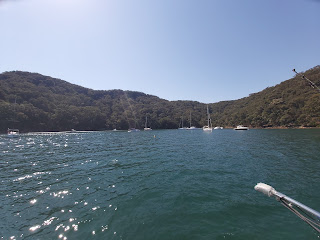