We're now berthed in the CYCA Marina, home of the Sydney to Hobart rally, in a very nice part of Sydney Harbour called Rushcutters Bay. 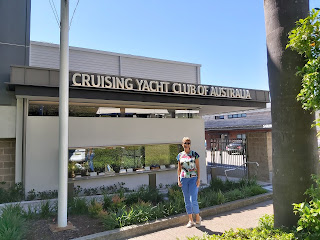 It's lovely, very smart and in a great location for walking in and out of Sydney via the Royal Botanical Gardens, so named because the new Queen Elizabeth II first stepped ashore there in 1954. The gardens are a beautiful green space within the city, bordered by the harbour itself along one side and with the famed Opera House at its head. 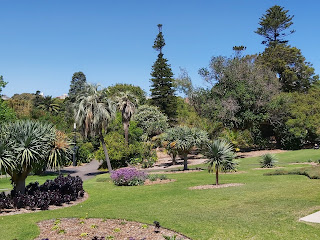 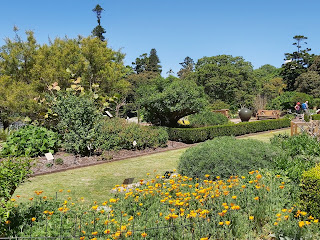 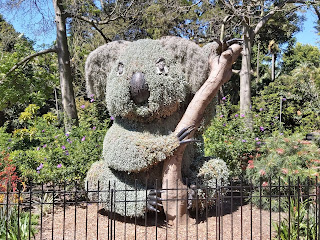 Standing on the steps of the Sydney Opera House was one of my Dad's three big travel ambitions in life and sadly he never made it, so it was a rather poignant moment for me to walk up them, almost in his memory. It's an intriguing structure, all made from concrete and the legacy of an eminent Australian architect who apparently told the city council it would only cost $10 million to build while knowing full well it would be many times that! When challenged about the final cost his response was supposedly along the lines of 'well if I had told you what it would actually cost, you would never have given me the go ahead to build it!' 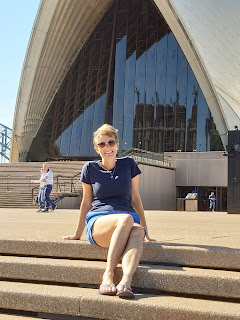 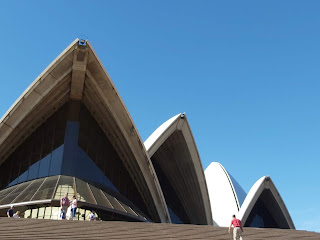 Walking across the sydney Harbour Bridge itself has been recommended to us so we made our way to Milsons Point on the north shore and climbed up the steps to the pedestrian walkway. It's an imposing sight, four stone pillars supporting a cobweb of steel girders all riveted together. Apparently the rivets were heated to red hot temperatures before being thrown to the workmen who effectively caught them in their riveting machine while straddling the girders. Modern day health and safety officials would have a field day! The bridge carries pedestrians,  cyclists, motorised vehicles and trains, all along designated sections. The pedestrian walkway is on the east side of the bridge and affords spectacular views of the harbour from the caged in pathway. 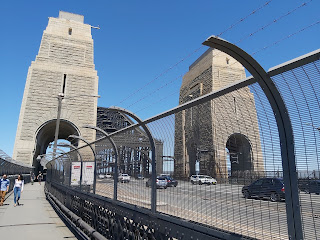 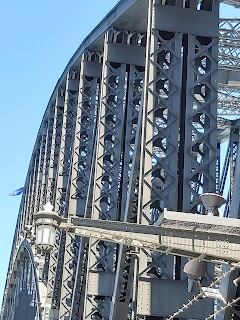 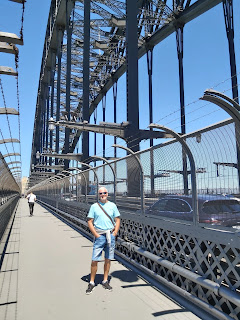 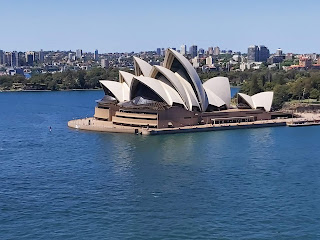 Underneath the southern end of the bridge is an area called the Rocks, the old heart of Sydney's maritime history and home to many heritage buildings lining narrow streets. It's a nice area to while away a bit of time. 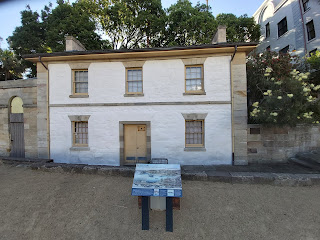 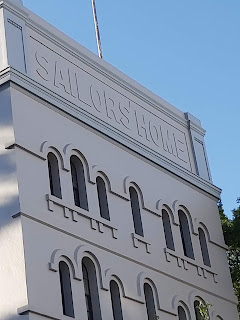 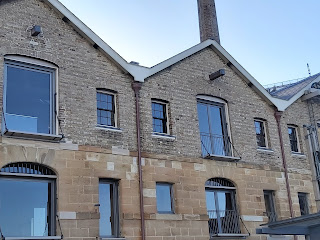 Yesterday we had a fun day with some of the other WARC fleet and some of their crew on a scenic trip around the harbour, skirting in to Darling Harbour, sailing past the Prime Minister's residence and upstream passing some of the fabulous waterside properties. It was great to catch up again and hear Sydney residents' views on this incredible city. All in all a first class day! 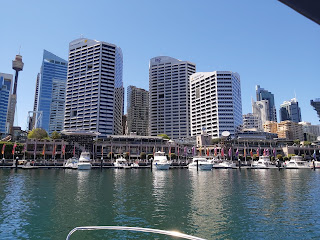 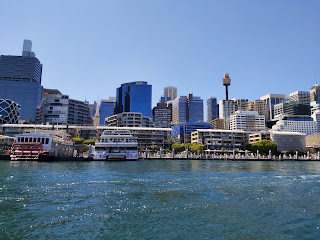 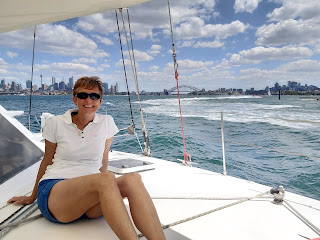 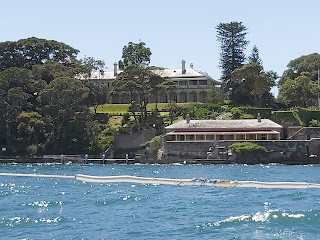 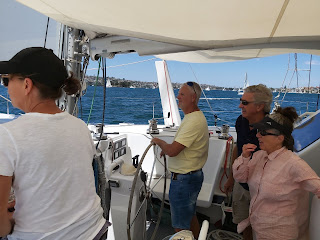 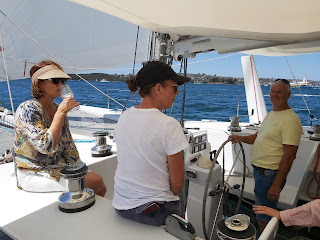 Our highlight today was a late afternoon trip to the Sydney Opera House for a performance of Great Operatic Hits in the Joan Sutherland Theatre, the second largest venue in the Opera House seating 1500, and the home of Opera Australia.  Apparently Joan Sutherland was a famous Australian soprano and on a tour of Australia in the mid-sixties was accompanied by a then unknown young tenor named Luciano Pavarotti!

Neither of us is a great lover of opera but the chance to attend a performance in one of the world's best known theatres was too good to be missed. The repertoire featured such operatic classics as 'Nessun dorma' from Turandot, the 'Flower Duet' from Lakme (probably best known as the music used in the British Airways advert), the Toreador Song and the Habanera from Carmen and quite a few we didn't recognise! But it was a great opportunity to see inside this iconic structure and we largely enjoyed it!! 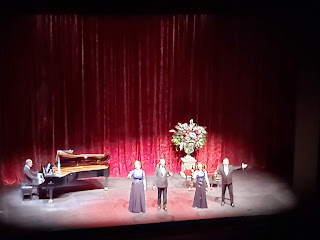 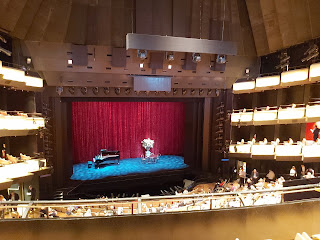 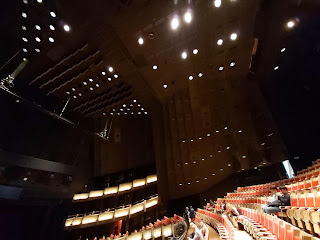