Wow! After a scenic drive from Mole Creek we arrived at the highest national park in Tasmania, home to the famed Cradle Mountain, 1545m above sea level and the sixth tallest mountain in Tasmania. Parking at the visitor centre to catch the shuttle bus deeper into the park, we expected to be in crowds given the number of cars around but amazingly it was surprisingly quiet. Yeah!

Being at the height it is, it is an alpine terrain which sees temperatures ranging between -20 degrees C in the depths of winter and up to +30 degrees C. Today was a very pleasant 23 degrees with cloudless blue skies, perfect for a hike.

We'd already decided to tackle the climb to Crater Lake and set off across a board walk spanning peat bogs, the start of the Overland Track. Within a few hundred meters we saw our first wombat in the live, going about his business, grazing on the hillside. 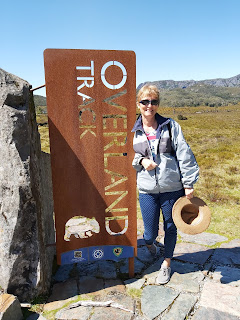 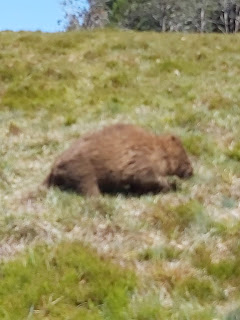 Before long we started climbing, soon arriving at the Crater Falls tumbling down a ravine, very pretty, and soon arrived at Crater Lake itself. We thought that was the end of the climbing but we were wrong! But the additional height provided us with spectacular views. 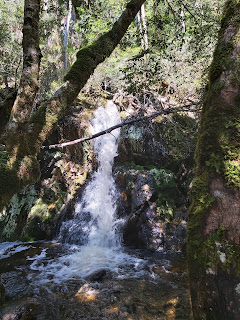 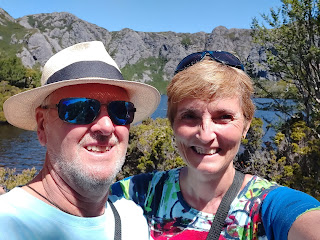 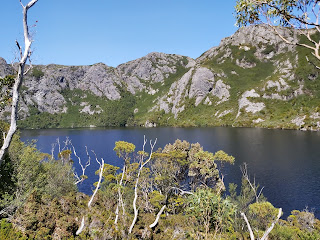 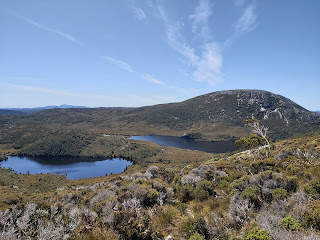 Tasmania truly is incredibly scenic, every corner on the trail revealing another lovely view. As we descended we started to get vistas across Lilla and Dove Lakes to Cradle Mountain itself until arriving at Dove Lake the mountain revealed itself in all its glory. 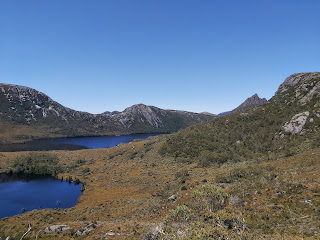 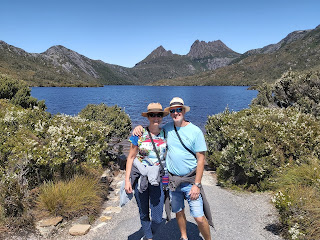 10 kilometers and several waterfalls on Pencil Pine Creek later, it was time to hit the road and head for Smithton in the top north-western corner of Tasmania. Another scenic drive, spotting a wombat by a creekside as we passed, and we arrived at our home from home for tonight. Time to relax now in readiness for another action packed day tomorrow! 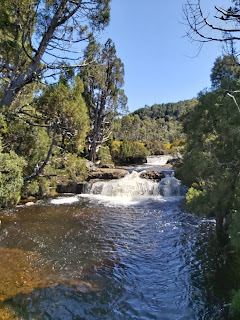 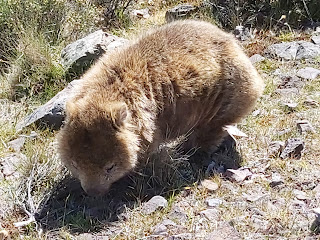 One surprise during the day, I got pulled over by the police for speeding - doing 80kph in a 40kph speed limit. Not good. I had thought that the roadworksmwere over for the day as there was no evidence of any roadworks being done, but apparently that is no excuse. The speed limits are there to be observed.

Anyway, a very nice police lady decided that it was not done intentionally, and let us off with a warning. PHEW!!! Debra is now restricting my speed religiously!