We finally walked away from Tumi yesterday afternoon, happy to be embarking on new adventures in the weeks to come. She has served us very well, safely carrying us approaching 30,000 nautical miles taking in the Atlantic, east coast of the US, Bahamas and the Caribbbean, and finally our amazing Pacific odyssey last year. But we're ready for a change and after a night in a Sydney airport hotel we took off this morning for Tasmania.

Sydney was 34 degrees and full sunshine at 9am this morning. By contrast Hobart was 19 degrees and cloudy bright at lunchtime, and remained that way for the rest of the day. A pleasant respite from the heat of the last few weeks. Tasmania was far more arid than we had expected and a lot quieter than the Sydney suburbs and city.

We've planned an 11 day tour of Tasmania kicking off on the Tasman Peninsula at a place called Eagleshawk Neck, close to historic Port Arthur. After checking into our accommodation for the next two nights, a spa cottage in Taranna, we headed off to explore some of the local natural highlights all in close proximity.

First impressions are of a very dramatic coastline, towering cliffs being eroded and undercut by the relentless restless ocean. Blowholes, arches and chasms are all features of the area. The Tasman arch has to be the biggest and tallest arch we've seen. 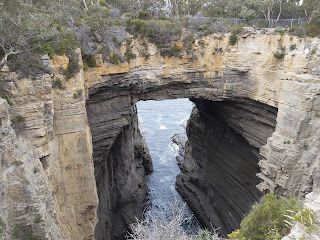 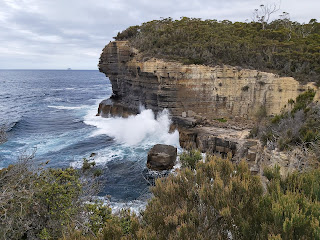 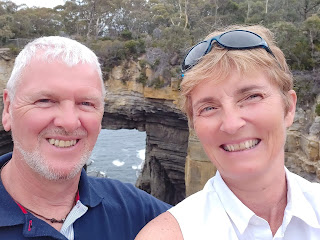 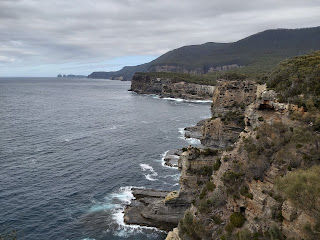 Just along the coast is a tessalated pavement, a tidal rock platform made of silt stone. Pressures in the earth's crust caused cracks to form in the siltstone and over the millennia the erosion of the cracks by the tide and salt crystals has exaggerated them to create a tiled appearance. 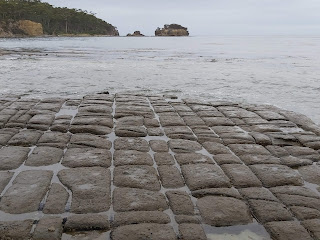 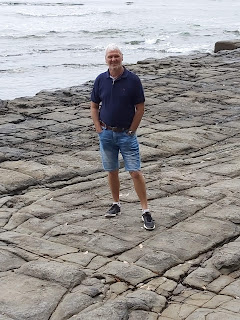 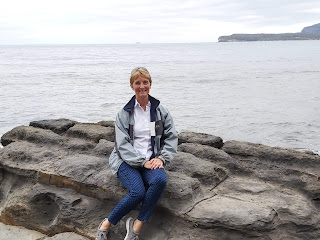 And then back to the spa cottage where Paul made full use of the spa facilities, a relaxing end to the day! 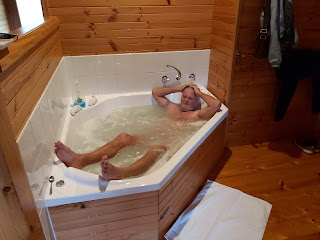