Wow! What a beautiful island. We hired a car today to tour as much of it as we could and were blown away by the scenery and views. Spectacular and so quiet: tourism hasn't really arrived in the Marquesas. The roads up the peaks are steep and narrow with a lot of hair-pin bends to negotiate with dramatic drops and no crash barriers. Not for the faint-hearted!! 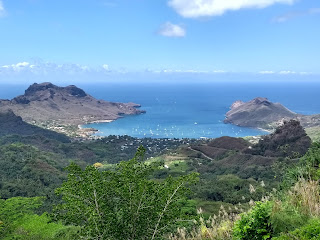 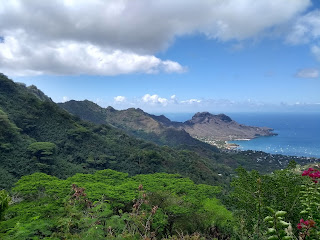 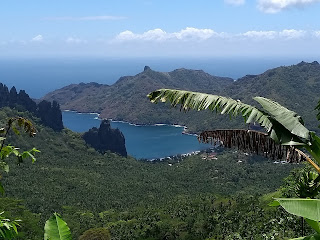 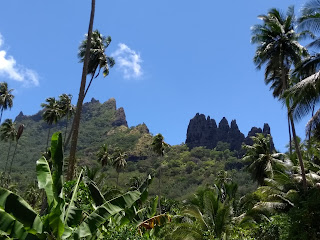 As we crossed the various ridges in the middle of the island we descended into a hidden valley and stumbled upon a magnificent archeological site in the tropical woodlands near Hakaehu. This ceremonial site saw human sacrifices in years gone by, thank goodness no longer made! 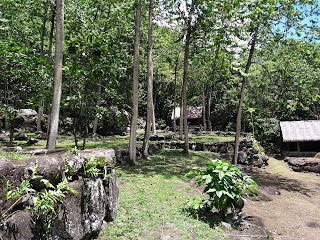 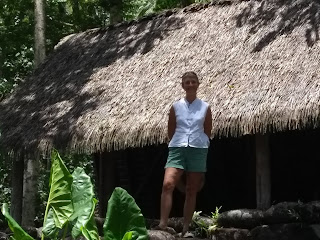 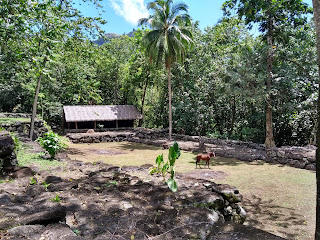 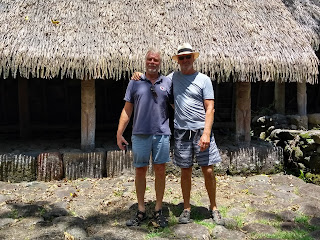 We wanted to have lunch at a local restaurant on the other side of the island that specialises in local pig and goat, wrapped in banana leaves and baked in the ground for six hours. It was a great setting: an open-sided, thatched structure alongside a beautiful bay with welcoming staff and rustic, tasty food. The leftovers are fed to the blue-eyed indigenous eels in the small stream running next to the restaurant, great big fat slimy creatures!! 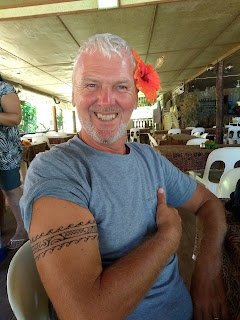 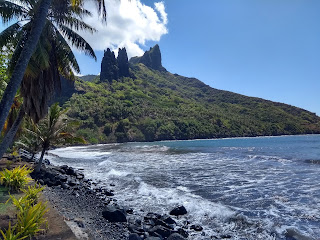 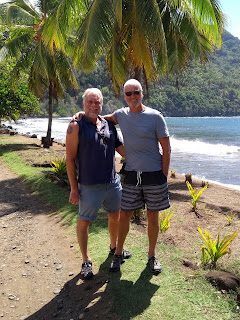 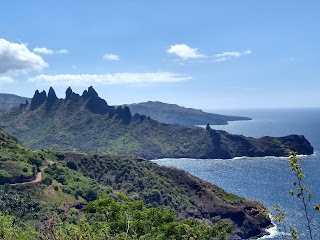 As with Hiva Oa there aren't many roads and so a circular route wasn't an option. On both the drive out and back we passed through a small village called Taipivai nestling in a valley next to a river. It's here that Herman Melville skipped the whaling ship he was on and was taken captive by a group of cannibals. After six months of convincing them not to eat him they let him go and he returned to England and wrote Taipi about his time as a captive, and then went on to write Moby Dick.

In the middle of Nuka Hiva is a large plateau at around 800 metres high. It's a completely different topography with pine forests and meadows, and a lot of cattle and horses wandering around, surrounded by high peaks.  The views were outstanding and the ambient temperature far cooler. In times gone this plateau provided all the beef and dairy for the archipelago but now it is largely imported. 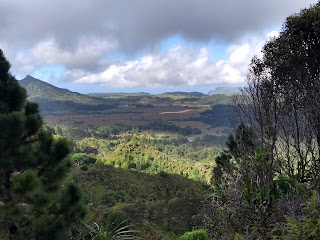 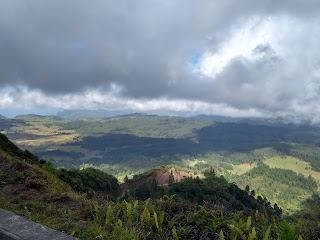