First of all happy new year to you all!

We arrived in the T&Cs at 10am on new year's eve after a very bouncy sail in very high winds and confused seas. The weather deteriorated as we turned south-east from Mayguana and we had winds gustimg to 45 knots and the associated big seas.  Both of us were soaked to the skin thanks to the myriad breaking waves that persisted in hitting Tumi amidships and drenching the cockpit with the spray that was carried by the wind. Not for the faint-hearted!

So far the weather has not played ball, bucking every trend compliments of the weather patterns affecting the UK. The storms up there are disrupting the wind direction by sucking everything northward. Anyway, we were both exhausted when we arrived as neither of us had had much sleep in the past 40 hours and as much as we would have loved to have celebrated the new year we could not stay awake and we were both asleep by 7pm, sleeping the clock round to 7:30am. New Year's Day was a bit different, and we were ready to party but nothing was available. Ho hum!

We are really enjoying the islands, we have borrowed bikes from the marina and explored the island, enjoyed a bit of art shopping, dining and sampled the local brew (very palatable to say the least). 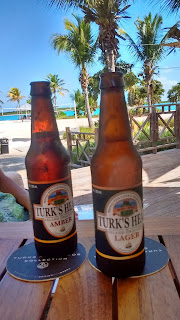 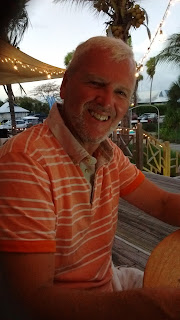 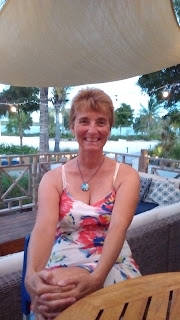 And the view from the cockpit isn't bad either! 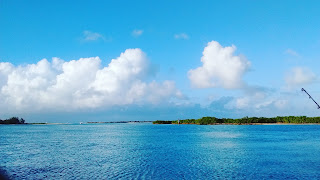 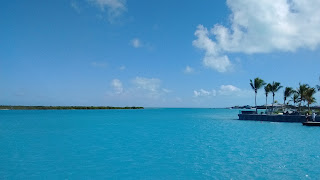 The Turks and Caicos are made up of a number of islands (Grand Turk, North/South/West Caicos, numerous cays and Providenciales where we are).  The national population is only 36,000 amd 31,000 of them are on Provo, the main tourist island, and the part we've seen is pretty smart for the Caribbean.

We will be heading off again either tomorrow or the day after, aiming in the general direction of the Virgin islands but realistically we will make Puerto Rico instead. We have to go where the winds allow, and make the rest of the journey in steps.