We listened to the daily weather forecasts on the SSB radio given by a weather guru before we left Beaufort NC. The indications were that as soon as the winds shifted to the west, we should leave and head south in 15 knots of wind, so we got ourselves ready and departed as advised. How to these weather forecasters get it so wrong? We rounded Cape Fear in 40 knots of wind and very short pounding seas on the nose (which didn't make for restful off-watch sleeping) and once around the cape the winds dropped altogether and we had to motor in the last 100 miles or so. We arrived into Charleston at 2:30 yesterday morning and dropped anchor for the remainder of the night.

At 10 am we radioed through to the marina to let us in to our berth and crossed the fast flowing river to hover outside waiting for the dockmaster to let us in. Finally we got our slot and in we went with the river flowing at 2.3 knots through the marina, a bit tricky but a smart ferry glide in between D and E docks and a hard left turn into the flow nestled us nicely in our berth. Want to see how we did it?

We spent the afternoon looking around 3 US navy vessels that are moored right next to the marina, The USS Yorktown (aircraft carrier) USS Laffey (destroyer) and USS Clamagore (submarine). Very informative, very claustrophobic in the case of the submarine, and very humbling in the case of the destroyer which was attacked by a squadron of kamikaze pilots in the second world war and still survived. 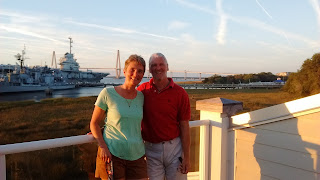 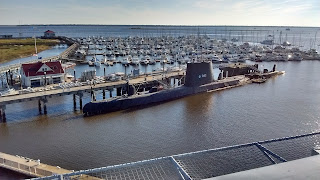 There is a fine collection of aircraft to look around and even sit in to see how it all works. 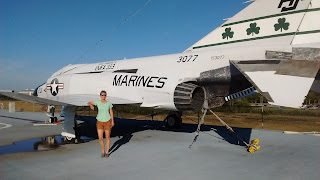 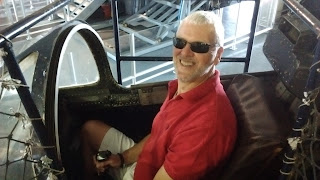 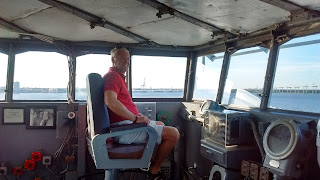 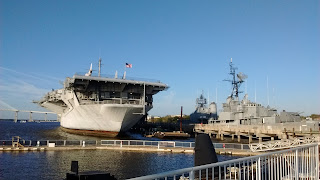