Yes, we're flying home tomorrow after spending just over a year away. We took the inland route from Woolgoolga today (it was raining on the coast, and we didn't fancy walking in the driving rain) passing through Grafton (where there were so many Jacaranda trees, the whole town seemed to have a purple haze) and continuing on to Casino, the beef capital of Australia. Along the way we drove through an area that was recently burned by wild fires; the smell of smoke and soot was still thick on the air. It stretched along the Summerland Highway for well over ten kilometres and everything in that area was dead. Whether nature will reclaim the land remains to be seen but it was frightening to see the after-effects of a wild fire. 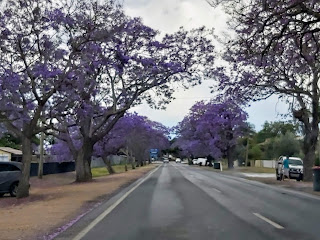 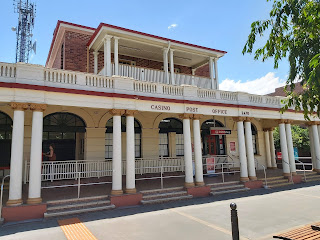 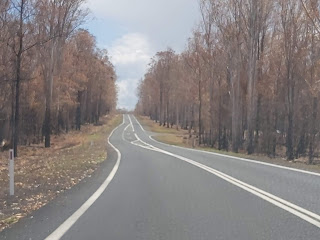 We took a detour from the main highway beyond Casino to take a single track road over the Macpherson Range into Queensland. The road, called Lions Road, was the initiative of a local man who lobbied counsellors and local businesses to raise the money to build the road through inhospitable terrain that was considered impossible to traverse. In the end, the final stretch was finally sealed with tarmac on his 80th birthday and he named the road for the Lions Club who contributed so much in fulfilling his ambition. As we crested Richmond Gap, the official border between NSW and Queensland, we donated to the Lions Road maintenance fund, as well as checking the car for rabbits! 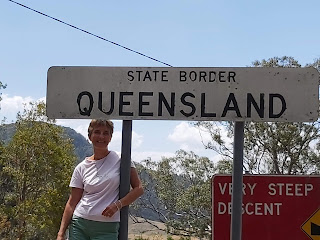 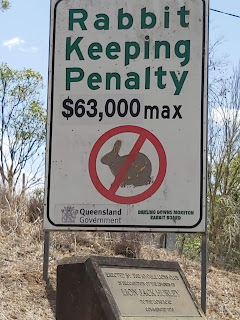 The countryside either side of the border was breathtaking, and it had not changed for years with rickety old narrow  bridges that we rattled across and old farmsteads framed by the mountains in the Border Ranges National Park. The original railway that linked Brisbane and Sydney via Casino tracked alongside the road and at one point,  it loops around a hillock, crossing itself to gain height. 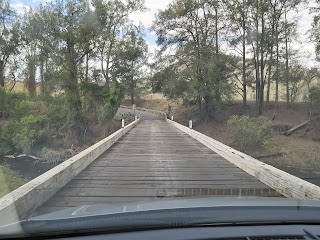 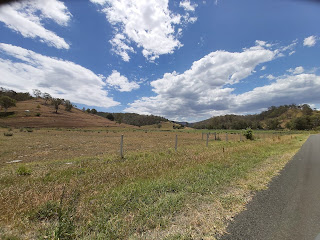 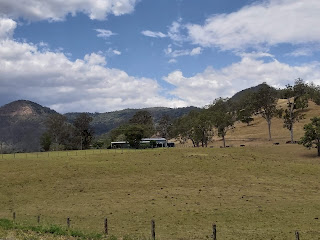 As soon as we crossed the border into Queensland we dropped down into the old crater of a volcano, it, and the caldera being called the Scenic Rim National Park. Another beautiful area with creeks and cascades again spanned by the single width old bridges. It truly was a delightful if challenging drive! 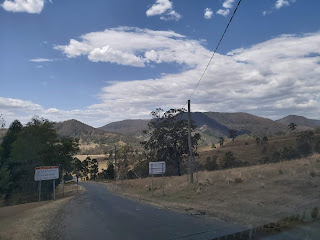 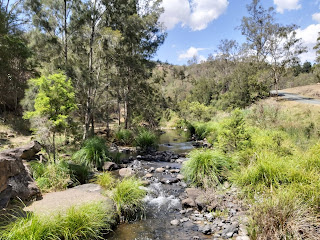 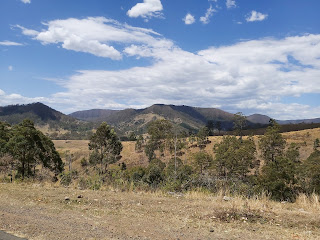 Rejoining the main highway at Innis Plains, it was full steam ahead for Brisbane. Having made better time than we hoped, we decided to call into the Brisbane Botanical Gardens on the outskirts of the city to stretch our legs, somewhere we hadn't had time to see during our September visit. The gardens were very impressive, as were the spiders! 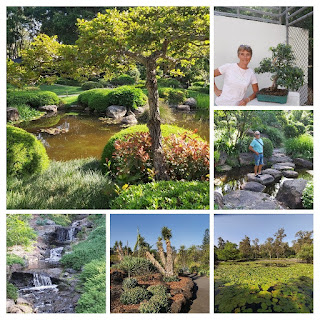 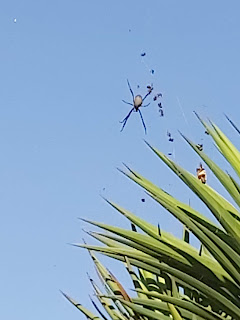 So now it's back to the UK to reconnect with family and friends for 10 weeks before heading back out this way in January. We have truly had the most amazing year of our lives, visiting extraordinary places, meeting exceptional people and finally achieving our dream of sailing Tumi all the way from England to Australia. So we'll sign off now until early in 2020 thanking everyone for their support and interest in our adventure, and wishing you all a (somewhat early) merry Christmas and happy New Year.