In recent years Sydney has hosted the world's largest free to the public sculpture exhibition. The coastal walk from Bondi Beach to Tamarama Beach is transformed into a 2km long sculpture park for three weeks as sculptures from over 100 Australian and international artists are exhibited in the coastal landscape. The walk alone had been recommended to us and so we decided to combine the two for a day out in Sydney's southern beaches.

With Pittwater being the northern beaches area we had an hour's drive across the city, using the river tunnel to get us onto the southern shore. Thank heavens for Google Maps, we would have been lost before we set off without it!

Parking at Clovelly we joined the coastal trail to walk via Bronte Beach to the start of the exhibition at Wamarama Beach. Already one of Sydney's most popular walks, the added attraction of the exhibition had brought Sydney residents and tourists out in their droves, enjoying the spectacular coastal scenery and sunshine. The exhibits ranged from understated, tasteful sculptural pieces to whacky exhibits demonstrating the artists' sense of humour and the ridiculous. A giant red pencil inset into the cliff represented the latter category, whereas an almost ethereal silver flame the former. 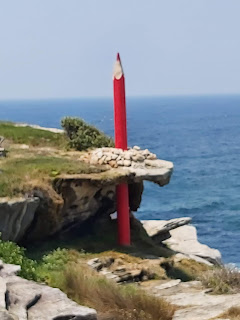 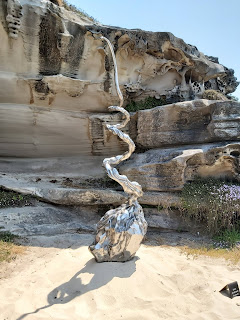 One of the funniest and interactive exhibits was entitled 'The Dunny', and featured an old Outback WC. Entering individually, the visitor was invited to sit down on the toilet seat and pull down a strange looking copper and brass headset. Once settled a video played depicting the White House bathroom complete with a rubber duck in the bath. Definitely one for the weird and whacky category! 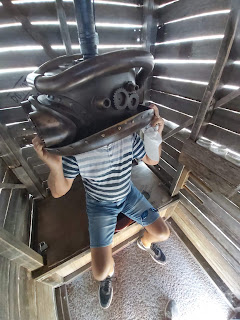 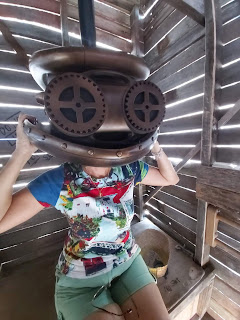 We meandered our way through the exhibits to Bondi Beach itself where we enjoyed lunch overlooking the famous beach. Not too many surfers were out but plenty of people were enjoying the warm sunshine. Returning the same way we had come brought us back to the car and gave us a second look at the sculptures. An enjoyable if slightly bizarre day out and while we didn't really 'get' some of the sculptures (made from wheelie bins in one case, and old fans in another) variety is the spice of life!! 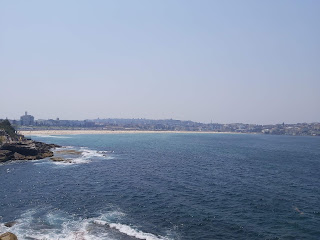 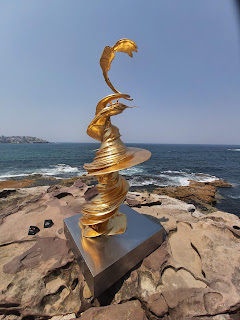 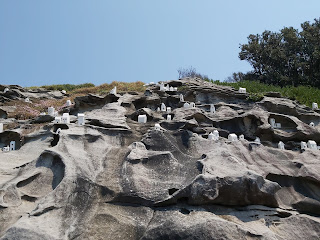 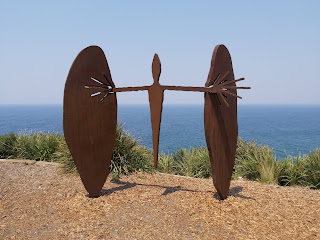 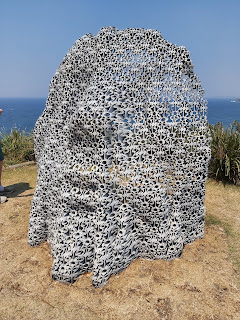 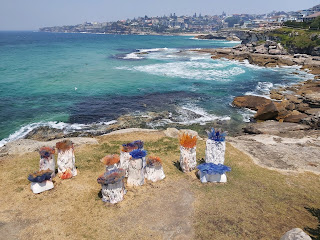 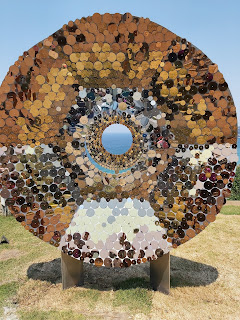