Three full days in and we're still loving Key West in all its colour, helped of course by the fabulous weather.  It's a busy place, especially when the cruise ships are in town, but still seems to retain an unique character unlike any other places we've visited. 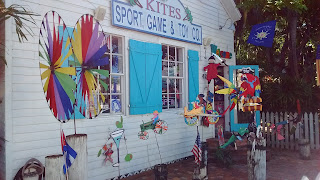 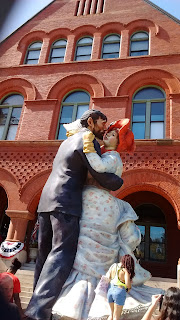 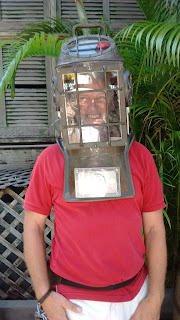 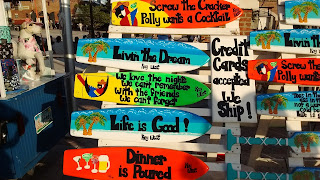 A bit touristy, yes, but charming and full of life.  Our exploring on Tuesday took us out to Fort Zachary Taylor, the southernmost fortification in the US dating from the early eighteen hundreds.  In those days it was three stories high but is now a more modest one storey and a state national park.  Not one of the most impressive forts we've seen on the east coast, that prize goes to Fort Macon in Beaufort, North Carolina, but one with great views nonetheless. 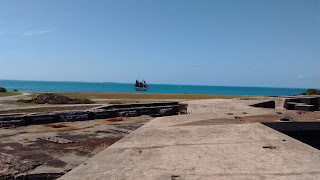 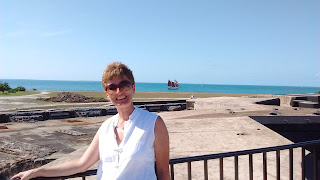 We hired a car yesterday with a view to exploring some of the Keys we hadn't been able to reach by boat, plus we wanted to drive over the Seven Mile Bridge between Bahia Honda Key and Marathon which we duly did.  We were trying to decide whether this was the bridge used in Mission Impossible III but having watched last night, found out it wasn't!  The old railroad bridge built by Henry Flagler in the early 20th century still runs alongside, although it is no longer in use. 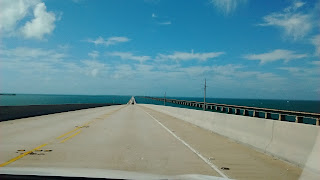 Apart from being a pleasant drive along very low lying and wet land (the highest point in the whole of the Florida Keys is only 18 feet above sea level, or maybe it's the top of our mast at the moment?!) there didn't seem to be a lot to see other than that so once we'd crossed the bridge we turned around and returned to Key West visiting the official southernmost point of the "Continental United States"and strolling to see Ernest Hemingway's house.  All in all a great day. 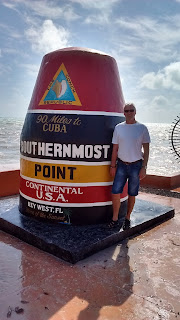 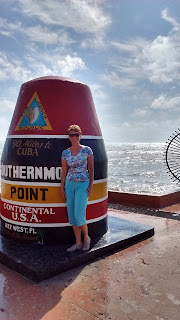 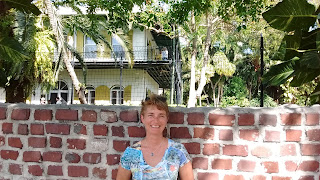 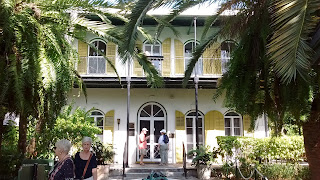 On the more practical side on things, the dinghy has sprung a slow leak which Paul thought he'd fixed in West Palm Beach but which has returned two weeks later, maybe a result of the warm temperatures.  He's tried patching it but as yet things aren't looking too hopeful and so we're travelling with the foot pump to hand when we go ashore.  It should see us through the rest of this season but I think we'll have to invest in a new one for our return in October.  More expense!

It's looking like we'll be in Key West until early next week as there are a couple of fronts coming through this weekend but by Monday we'll be on our way to the Bahamas all being well.  In the meantime we'll continue to explore the area, relax and get the laundry and maintenance done too!
Newer Post Older Post Home