Niue, the largest uplifted coral atoll in the world is also the smallest country! And it's stunningly beautiful … surrounded by a reef pavement, limestone cliffs stand about 20 metres high on top of which is the central island plateau. Verdant foliage and palm trees cover the island where only 1500 Niueans now live, most having left for NZ since being granted residency some years ago. Now under NZ governance, the Commissioner has an idyllic location to manage. 400 of the residents are employed by the Government, although it's fair to say not on road maintenance! The island's road network is littered with potholes.


As you drive around the island there are a lot of abandoned properties, some dating back to the time when Niue became annexed to NZ, others to the last devastating cyclone in 2004 after which the population dropped from 5000 to it's current level and it took the island's vegetation 5 years to recover. It's actually quite sad to see so many empty and decaying houses … the Government tried to pass a bill allowing them to demolish the homes but Niueans living in NZ mounted a successful defence and so the properties remain. There are also graves everywhere on the island: the tradition is to bury family members on/near the family home as opposed to in a graveyard. Everywhere is well tended and almost like driving through a landscaped theme park.


In order to hire a car on the island, we had to obtain a Niue driving licence, a painless task, fill in a form, pay over NZ$22.50, have your photo taken, and voila, two minutes later, you have a new, and very pretty driving licence, valid for a year. It's a good job really, we found out that Debra's driving licence expires in October this year, so at least she is covered now until we get back to the UK and she gets a renewal.


As with the other islands we have visited, the locals have made a big effort to make the rally very welcome. Niue has its own yacht club, despite no-one having a boat, and the management committee go to great lengths to make sure visiting yachties have an enjoyable stay, from co-ordinating social events to arranging car hire and tours to running us to supermarkets and the fuel station.


Getting ashore has been something of a trial. There are no floating pontoons for us to tie up to, the jetty is built on the reef, and the swells that push constantly at the walls are such that it would shred any boats tied up against the jetty wall. Instead, we have to lift our dinghies out of the water using a crane, swing the dinghy in board and place it onto a trolley, wheel the trolley to a dinghy parking spot and deposit the dinghy on the ground. Getting it back in the water is just as interesting. We have to lift the dinghy sufficient to push the trolley underneath it, wheel the trolley back underneath the crane hoist, lift it off the trolley, swing it out over the water and lower it. Then the skipper has to somehow climb in, set the motor running, unhitch the sling and collect passengers and baggage whilst holding the dinghy steady in the swell that threatens to leave you high and dry on the steps. Incidentally, on one of these expeditions, as I was getting control of the dinghy, there was a big sea snake on the bottom step, about a metre away from me. As the swell picked the dinghy up, the wash also rose up, flooded the steps, and the snake swam away. Yesterday, one of the trolley wheels came off, so we had to physically lift and carry the dinghy to it's parking place and back again. It's a good job there are several sailors around to lend a hand!


The World ARC itinerary only allows for a 72 hour stopover at this magical place but having skipped Suwarrow we have been lucky enough to spend longer here giving us a chance to explore the island and get a feel for the place. Geomorphlogically it is fascinating: the rugged coastline is indented with magnificent caves and chasms, accessible from trails through the tropical jungle. Giant stalactites and stalagmites fill the caves while crytsal-clear pools litter the reef pavement making for myriad snorkelling opportunities. The water and air temperature is noticeably cooler than French Polynesia (I even grabbed a fleece blanket last night!!) but it is still very pleasant. The only downside to the snorkelling here, to my mind at least, is the preponderance of sea snakes …. I don't like snakes of any variety!


We have been snorkelling in the Limo pools, a coastal pool where we experienced the turbulence caused when fresh water mixes with the sea water. At first I thought my face mask was steaming up as I  couldn't see anything clearly, so I took off the mask and cleared it, put it back on again, and still couldn't see anything clearly. I repeated the process, and the same thing happened, but then I moved out of the mixture, and all became clear again. It was a weird phenomenon to say the least!


From welcome receptions, local dancers and island tours we've been lucky enough to get a flavour of this unique place. Definitely somewhere to return to one day and a highlight of the trip. 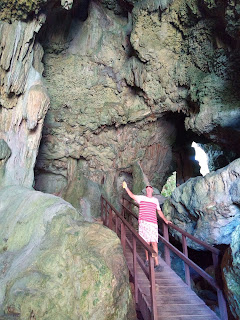 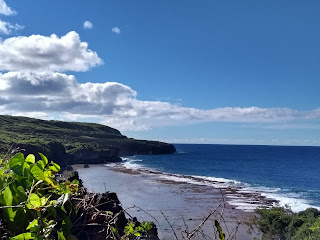 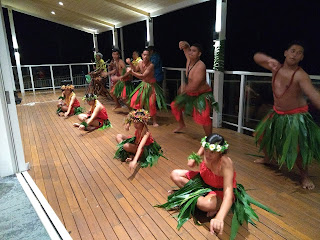 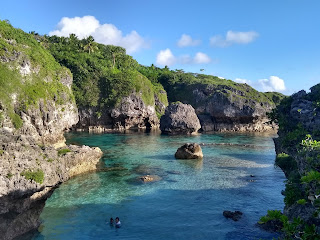 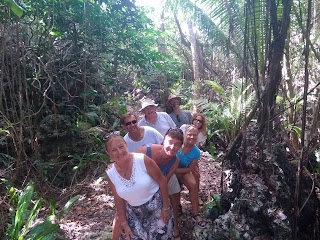 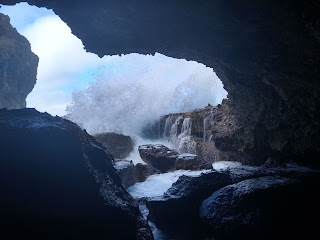