An overnight sail saw us arrive on the second largest Fijian island of Vanua Levu in the second town of Savu Savu which actually boasts a couple of small marinas and quite a few moorings. We, as many other boats, have chosen it to ride out the storm that's due to hit on Saturday night into Sunday and so we got here reasonably early to ensure we could be accommodated. Even by Wednesday the place was filling up but we have been lucky enough to get a cyclone-proof mooring so we should hopefully be okay, fingers crossed.

This island has a real Indo-Fijian culture, apparently dating back a hundred or so years and to some extent it now dominates the island. There are still indigenous Fijian villages (we visited one yesterday) but the town itself is a colourful mix of Indian fabrics and restaurants and the locals definitely look more Indian than Fijian.

Unlike some of the neighbouring islands where tourism is a major industry, cane and copra farming provide the main economy for Vanua Levu with just a few resorts along the southern coast. It feels very authentic with few Westerners walking the streets but very friendly and welcoming all the same.

We hired a car for 24 hours, spanning two days, with friends Nicky and Peter to see something of the island. Yesterday we headed inland to Vuadomo Village and waterfall, a traditional Fijian village where we were greeted by the chief's grandaughter and shown around the well-tended village. Unfortunately we had forgotten our gift of cava root and after making our apologies we bought a couple of mats from one of the villagers.

Set in a beautiful, tropical valley running down to the sea, the residents of Vuadomo lead a simple existence fishing and farming. There were around fifteen houses, a meeting room, church and something called a 'lali', a hollowed out log which is beaten with wooden sticks to summon the villagers. 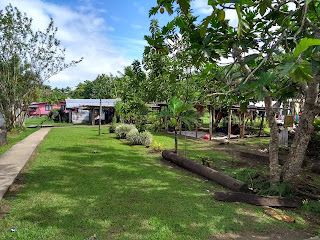 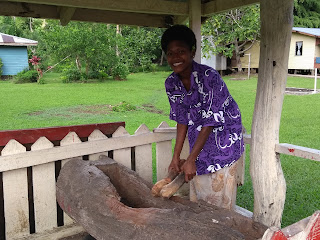 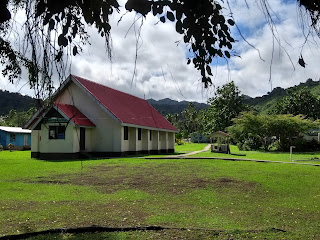 Everywhere was very well maintained and the village boasted an enormous satellite dish so some 21st century comforts are available! By contrast their fishing vessels were bamboo rafts lashed together with ropes made from coconut fibres. 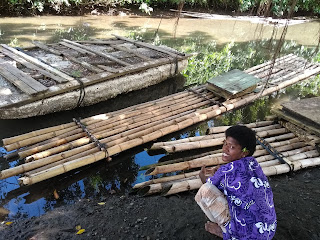 The village has its own waterfall set beyond the farmland and our guide happily walked us through the allotments pointing out taro, bananas, coconuts, papaya, ginger, pineapples, chillies and (of course) cava itself. 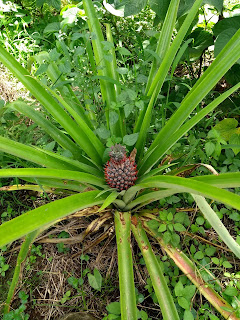 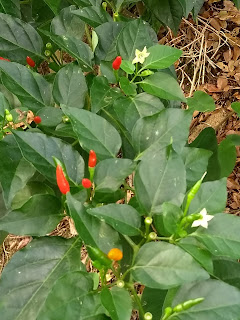 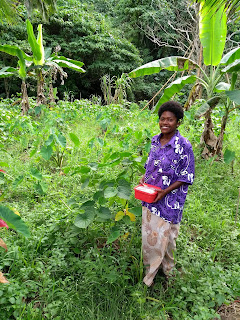 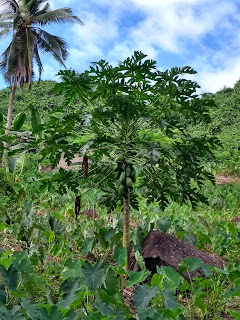 We meandered through the tropical plants to the waterfall, by no means the tallest we have seen on this trip but very pretty nonetheless. 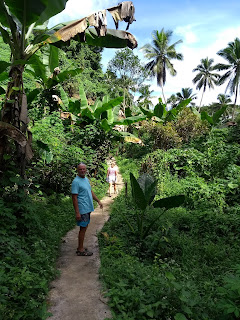 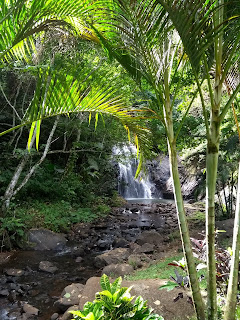 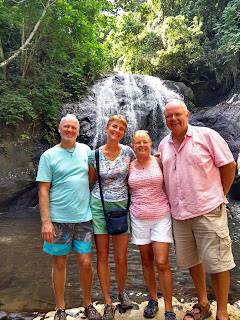 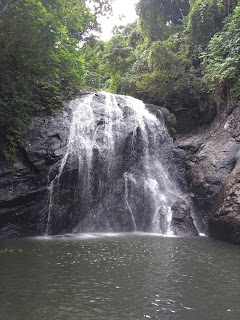 As we mentioned before this island is not big on tourism and so for lunch we had to head back to Savusavu. As we were parking alongside the river where Tumi is moored, I happened to look over to where she should be on a mooring buoy, only to see the buoy empty and Tumi motoring out to sea!! Now we knew a large barge was set to come upriver that day and so assumed that was why she needed to be moved but we had no idea who was on board and whether they were competent or not! Jumping in the dinghy we gave chase only to find one of our fellow World ARC participants at the helm, and certainly very competent. What a relief!!

The car needed to be returned by 10.30 this morning and so we were up early to visit the ruins of an ancient Fijian village called Nukubolo deep in the mountains north of Savusavu. Set in a volcanic crater with steaming hot springs, the setting is lovely but very remote. We wound our way 8kms up a dirt track in our trusty Suzuki Jimmy jeep, crossing a wide river and a couple of isolated villages before arriving at Biaugunu, the closest village to the ruins and the place we needed to meet the chief to ask for permission to wander around. 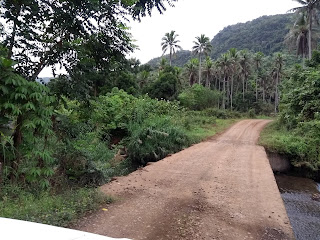 Foolishly I had worn shorts today and had my knees exposed and so Nicky and I sat in the car while Paul and Peter went to formally meet the chief, give our gift (sevusevu) of cava powder and be officially welcomed to the village. And then we continued, stopping off to ask directions from locals before finally arriving at another river crossing that we decided the Suzuki wasn't up to. It was time to wade across!

Being a resourceful type I remembered we had a bag of laundry in the back of the car and so I fashioned a sarong out of a bath towel to cover my knees and off we went. 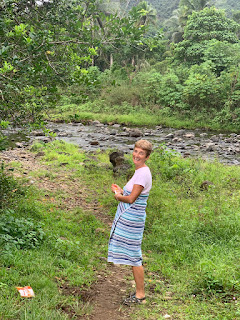 The river while reasonably wide, wasn't very deep and we were soon in the remains of the village on the far bank. 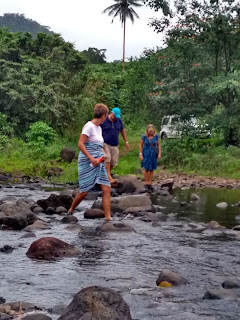 One family lives there in a shack, so primitive it made yesterday's village seem positively first world. Despite the depravations and threadbare clothing the father was happy to show us the hot springs nearby where he has fashioned a pool for bathing, and the piped hot water to a standpipe outside his home. He also showed us the corrugated metal sheeting suspended over the hot springs on which the family dry the copra they harvest before taking it to the mills. 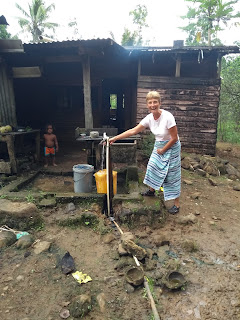 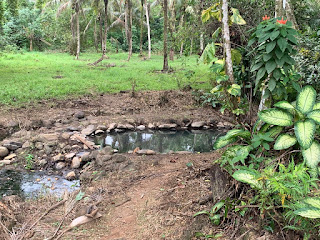 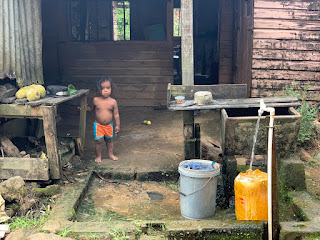 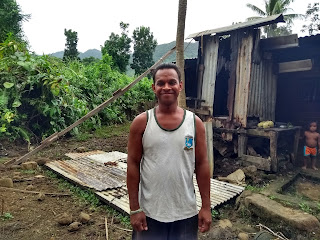 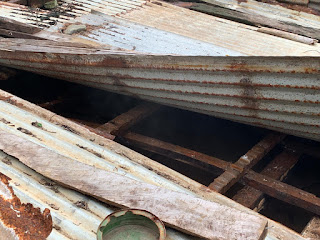 We wished we had brought items of clothing for the family, they seemed to have so little yet made us so welcome. The only gift we could offer was cava powder and so the father and his two children accompanied us back to the car to collect it. 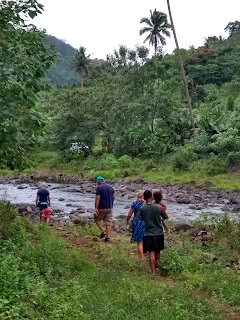 It was a fascinating insight into the real Fiji, a lifestyle that has probably barely changed in generations. We westerners really don't know how lucky we are.