Breathtaking. That's the best way to describe the scenery on the twenty miles trip to the Bay of Islands on Vanua Balavu 's north-west coast. Of course it was helped by a vivid blue sky reflecting on the azure and turquoise seas. 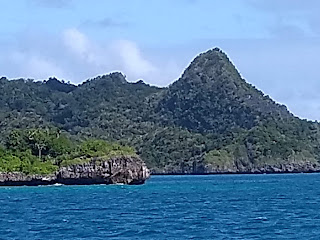 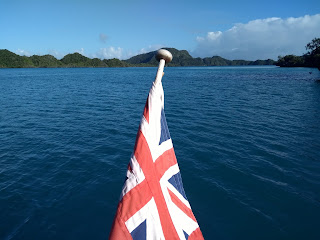 The geology is interesting on the islands with dramatic and high undercut cliffs surrounding the bays and smaller, scattered rocks within them, again undercut and looking a bit like mushrooms. 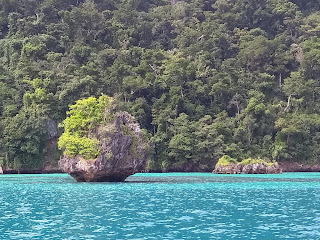 The area would be very quiet indeed without the presence of the World ARC fleet. Most of us enjoyed a few nights at anchor here, making the most of the snorkelling at the 'bat cave', probably the best coral reef we have ever seen. And also enjoying rafting up in the dinghy to watch the large fruit bats take flight at dusk for a night hunting.

There's a pretty significant weather system heading our way in a few days time which has impacted all of our plans. Instead of heading for the island of Taveuni for a few days we're heading overnight to SavuSavu, one of the larger towns on the second d largest island of Vanua Levu where we can tuck away up a creek and ride the high winds out. Such a shame that the forecast is interfering with our plans but not a lot we can do about it.

We have had to say farewell to a few boats in the last couple of days, ones that are dropping out of the rally, and a few tears have been shed. Intense friendships have developed in a relatively short period of time, engendered by the shared experience and crazy amount of socialising we have all done. In fitting fashion we enjoyed a farewell beach bbq today with special friends, saddened to be saying goodbye but knowing we will all meet up again in the new year in New Zealand. 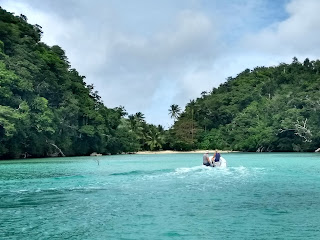 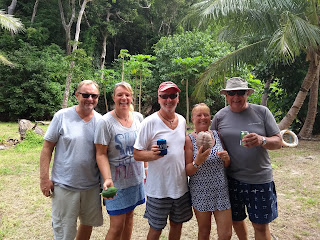