It's been a busy day today. This morning we woke refreshed after a full night's sleep (no-one even got up to pee in the night) and got stuck into reviewing the boat after the journey from St Lucia. I inspected the whisker pole as it had taken something of a beating in the high winds to find that the end of the pole was damaged, and the masthead ring had been bent out of shape. 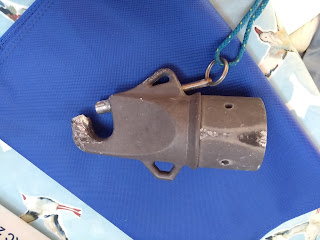 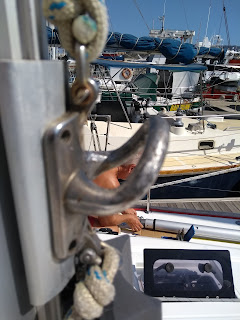 The bottom ring should be straight by the way. The force of the wind acting on the pole bent the steel upwards. It just goes to show that even high grade steel is no match for the power of mother nature.

We have ordered new parts to be sent out to Jackie and Dan, our friends who are joining us in Panama and I will fit them then. In the meantime, I have asked the boatyard to heat the ring and straighten it out so that we can pole out between here and Panama.

This afternoon, we went on a guided tour of the city, calling into the hacienda where Simon Bolivar died at the tender age of 45. He was responsible for the liberation of Columbia from the Spanish and only arrived in Santa Marta 11 days before his death. He also liberated Venezuela, his country of birth, Ecuador and Peru, and Bolivia is named for him. No wonder he is known as El Liberatador. 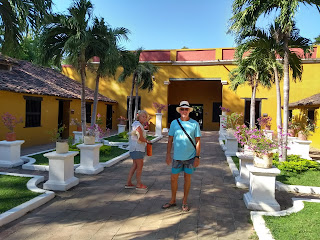 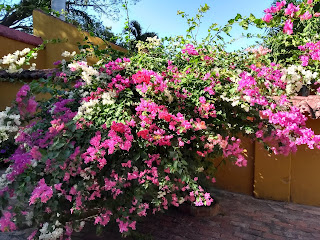 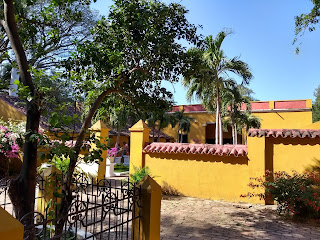 He died of consumption, (does that mean that he ate too much perhaps?) but he is certainly revered in Columbia.

After that we visited the cathedral where Simon was interred twice before being returned to Caracas, 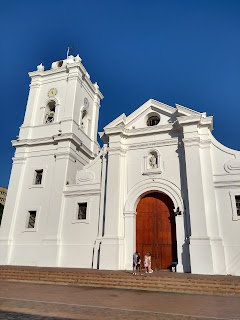 then on to the gold museum to see some of the artifacts from way back when. The skills of the Goldsmiths is plain to see: 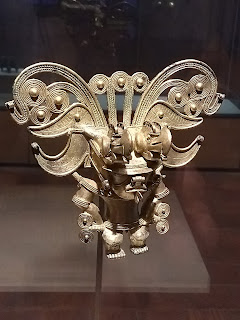 This evening we had a drinks reception, with rum punch and nibbles, then a group of us went out for dinner at a really nice place called Lolu. The food was very local but very good! 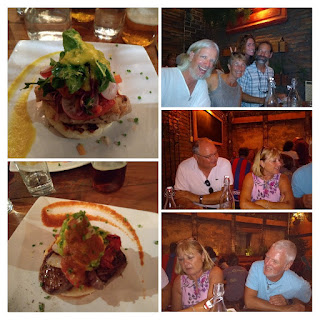 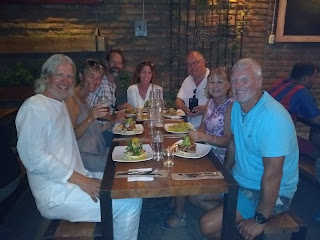 Around the table we have Brits, French Canadians and Austrians, how often in life do you get the chance to mix so internationally in a social setting? The rally group are already bonding into one big family unit, all looking out for each other. It's wonderful to be a part of it.