At last, the winds are dying down, and hopefully that's the end of the Christmas Winds for this year. It's been incredibly windy but the anchor held well in the turquoise waters off Princess Margaret beach and so we slept soundly each night. We bumped into a couple we'd last seen in Charleston, south Carolina and spent some fun times together catching up on happenings in the two years since then.

On Friday we sailed over to St Vincent to collect Debra's aunt and uncle who arrived in a terrific downpour. We'd not seen anything like it this season and can only conclude they brought it with them! Saturday dawned cloudy and stayed like that all day (another first) but we're pleased to say Sunday and Monday have returned to their glorious best, thank goodness. Yesterday saw us lazing the morning away on the beach, snorkeling and swimming, before lunch in Jack's Bar. We were still there at 4pm when the DJ started ... great Caribbean sounds from a couple of Trinidadian soca music groups. Everyone was dancing, waitresses, barmen, chefs alike and a few cocktails later we got back to Tumi just before dark. 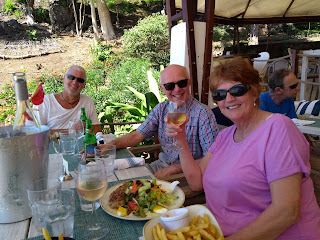 Today we did the Bequia island tour visiting the whaling museum, Fort Hamilton, and admiring the many views before ending up at Sugar Reef for lunch. Fabulous in every way. 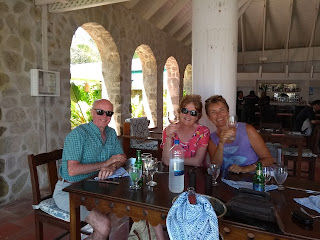 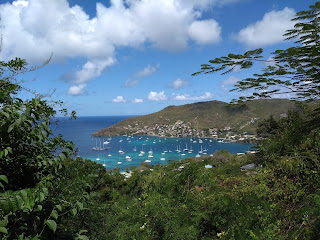 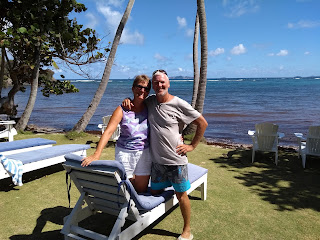 So now we're having a snooze before heading ashore to live music tonight ... it's non-stop!  Mustique beckons tomorrow and then on down to the Tobago Cays.
Newer Post Older Post Home